You may be wondering what is the best VR headset for gaming?

If you’re looking for some new a VR headset for gaming, you’re in the right place.

VR is taking over in waves and should give you some excellent features for you to look at into the future.

The VR scene is becoming widely popular and should serve your gaming needs very well.

This platform is a bit new and is still developing. However more and more VR headsets are coming out every other month.

So you’ll need the best VR headset that you can equip yourself with. However, there is a lot of info out there, and you may be overwhelmed about which VR headset to get.

Most VR setups require you to have a powerful PC. However, you don’t need a Corsair 1 PC to run this. Just a high performing PC that gets the job done.

Don’t worry, provided in this guide, you can take a quick overview on which VR headset suits the best for your gaming and multimedia needs.

So let’s dive right into some of the top VR headsets in the market that you can invest in. 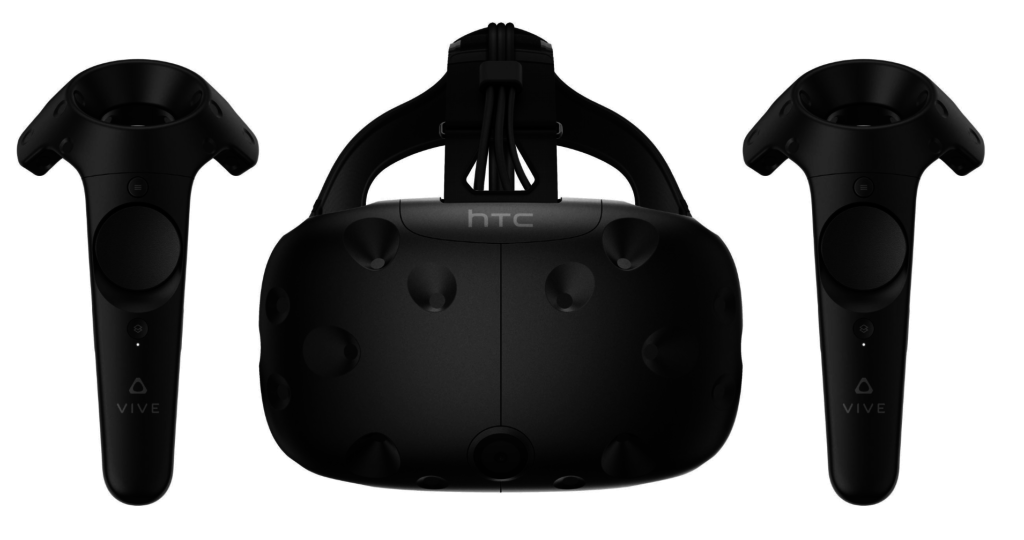 HTC sells some of the best products such as cellphones and their other items in the market.

HTC has come out with its new HTC VR headset.

The HTC Viv is ideal for gamer enthusiast and people who game on Steam most of their time.

However the HTC Vive doesn’t come with a mic, so that means you’ll need to invest in a separate microphone if you want to in-game communication.

The HTC Vive comes with two motion controllers which are, and these controllers will be used most of the time for your gameplay experience.

The only downside to the HTC Vive is that it’s somewhat tough to install at first and to plug and play. You’ll also need to set up two cameras within your living space to start gaming with your VR headset.

If you’re thinking about getting the HTC Vive, make sure you have the latest powerful PC on the block. You’ll need an Nvidia GTX 970, or an AMD 290 or anything above. Or even a GeForce RTX.

Requirements for the HTC Vive

Once everything is set up and ready to go, then you’ll proceed onto your Steam account.

Steam is the biggest gaming platform out there and should be used for the avid gamer.

The Oculus Rift is one of the top VR headsets out there in the current market.

The Oculus Rift comes with motion controller sensors, with a wireless Xbox controller as well, if you would like that wireless experience added.

Unlike the HTC Vive, the Oculus Rift does come with a microphone, so you won’t have to purchase a separate microphone because the Rift already comes with a mic.

And the Rift also comes with its integrated headphones which the audio runs on HRTF.

Wouldn’t be so awesome if the SNES classic had a VR as well compatible with the Oculus Rift?

Requirements For The Oculus Rift

What Are Some Games On The Oculus Rift?

Luckily there are already hundreds of games out there within the Steam platform.

Just install Steam if you haven’t and you’ll have access to a wide range of games that’s VR ready. 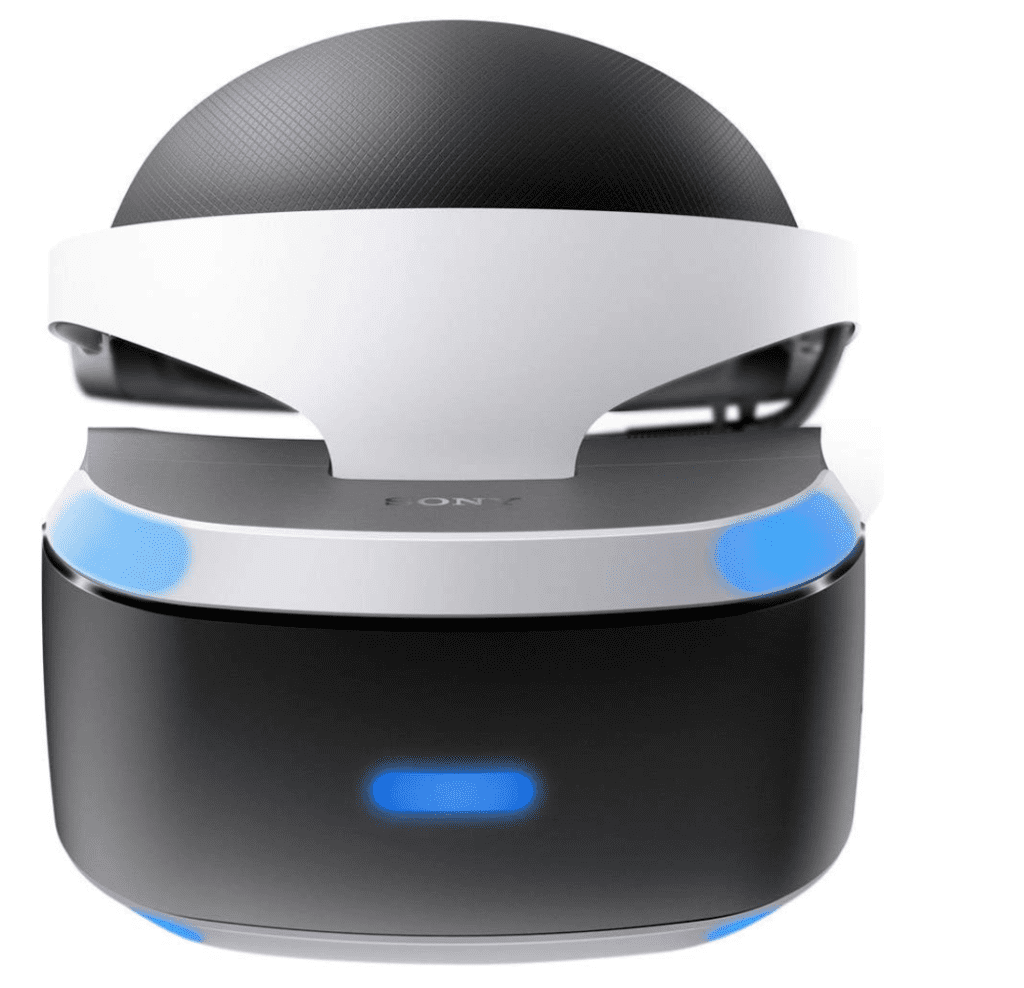 If you’re an avid PlayStation gamer and hold your loyalty to Sony’s console system, and you’re also thinking about jumping into the VR world, then the PlayStation VR would be the one for you.

With the PSVR, you’ll get 120Hz refresh rate with less than 18ms of response time, which is not bad for a console VR.

However, this won’t be compatible for PC gaming because it’ll be only for the PlayStation 4.

The PSVR will run sufficiently and use efficient energy through its PS4 system. Unlike the HTC Vive or the Oculus Rift, they both need a high-end gaming PC rig for them to power up. However, the PSVR will need PS4.

The aesthetically pleasing device is equipped with blue LED lights which are used for the PlayStation camera for motion sensors and will be able to track your every movement through the camera by the VR’s blue LED.

It would be awesome if the PSVR works for the latest top PS4 games on the list. But, hands down the upcoming PS5 will be VR capable with lots of PS5 VR compatible games.

The headset fits comfortably and will adjust according to the size of your crown. However, the PSVR headset may be a bit heavy. However, it should feel comfortable once you’ve worn it.

You’ll be able to select a plethora of PS4 games that are VR ready.

You’ll have exclusive titles as well.

You’ll be able to drive, fly and explore the sea with its many game genres available for you to try.

Requirements For The PlayStation VR 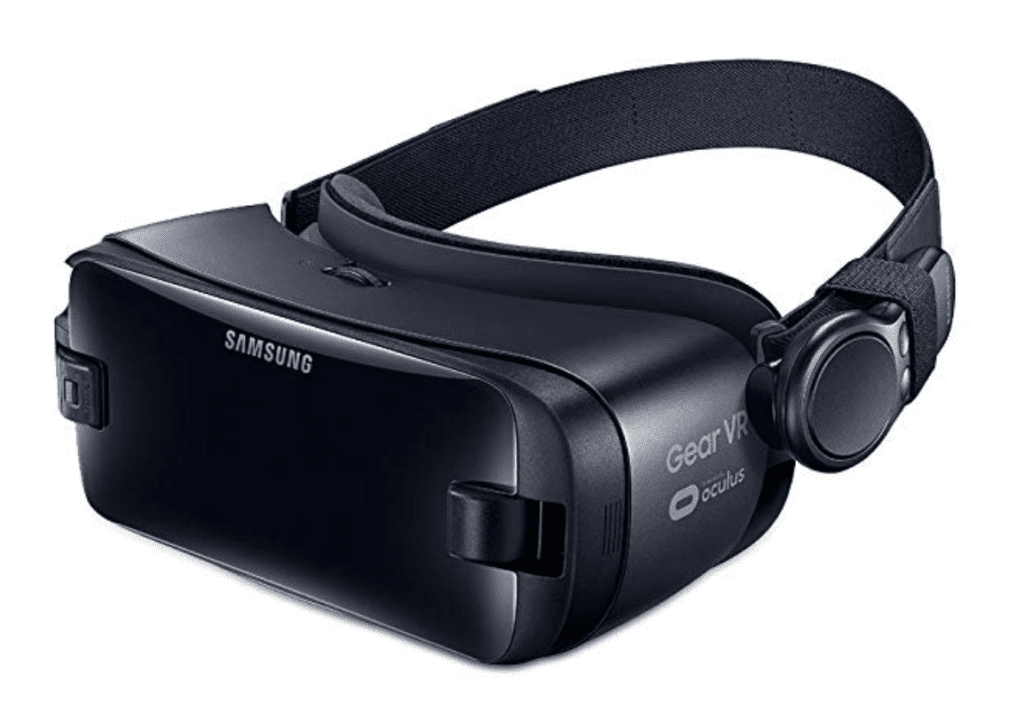 If you’re looking for simplicity and don’t mind the graphics sacrifices, the Samsung Gear VR is the cheapest option.

With a low price tag, you’ll be able to use this on your favorite mobile games.

So the Samsung Gear VR is only compatible with the latest and newest Samsung phones, such as the Galaxy S6 and Galaxy Note5 and above. So if you do have the newest Galaxy phone in the market and would like to jump into the VR world, then the Samsung Gear VR would be the right one for you.

You’ll be able to get 2560×1440 resolution with 101 degrees of FOV (Field Of View), with its Super AMOLED screen feature integrated within the Gear VR. And it also comes with controllers as well for you to navigate through your phone for convenience.

With its affordable price tag, the Samsung Gear VR is one of the best affordable mobile VR headsets out there. Especially with the new and latest Samsung Gear VR’s in the current market, Samsung has upgraded its motion capabilities as well.

Requirements For The Samsung Gear VR

Google is well known for its remarkable and outstanding search engine, and its many hardware, accessories, and apps.

Now Google has created the Google Day Dream VR system. However, the VR only works for mobile only, but the features it has is incredible.

The Google Day Dream VR is an aesthetically looking case and is made of specialized paper with fabricated materials along with it.

It fits comfortably and should go accordingly and adjust to your crown size.

The great thing about the Google Day Dream VR is that, unlike the Samsung Gear VR, the Day Dream VR lets you operate on any mobile device and can be used in most phones.

You’ll get a small motion controller with the VR, and is very small enough (size of a remote), that you can use in comfort.

The Google Day Dream VR now has fifty exclusive titles that you can now choose from. However, they are only for mobile phones.

You’ll also have the option to select the VR ready games that is in the Google Play Store as well.

You also have access to a different genre of games such as Need For Speed and Harry Potter if you’re into wizardry and adventure.

The VR world is an exciting place to dive into. If you’re an avid game enthusiast like myself and are looking for something brand new, then VR would satisfy that itch.

VR is currently its development stages and has high potential in the upcoming future.

There are already a plethora of VR games widely available for Steam just for you to download and play on.

If you’re looking for something new and refreshing, why don’t you give the VR world a try and test the waters?