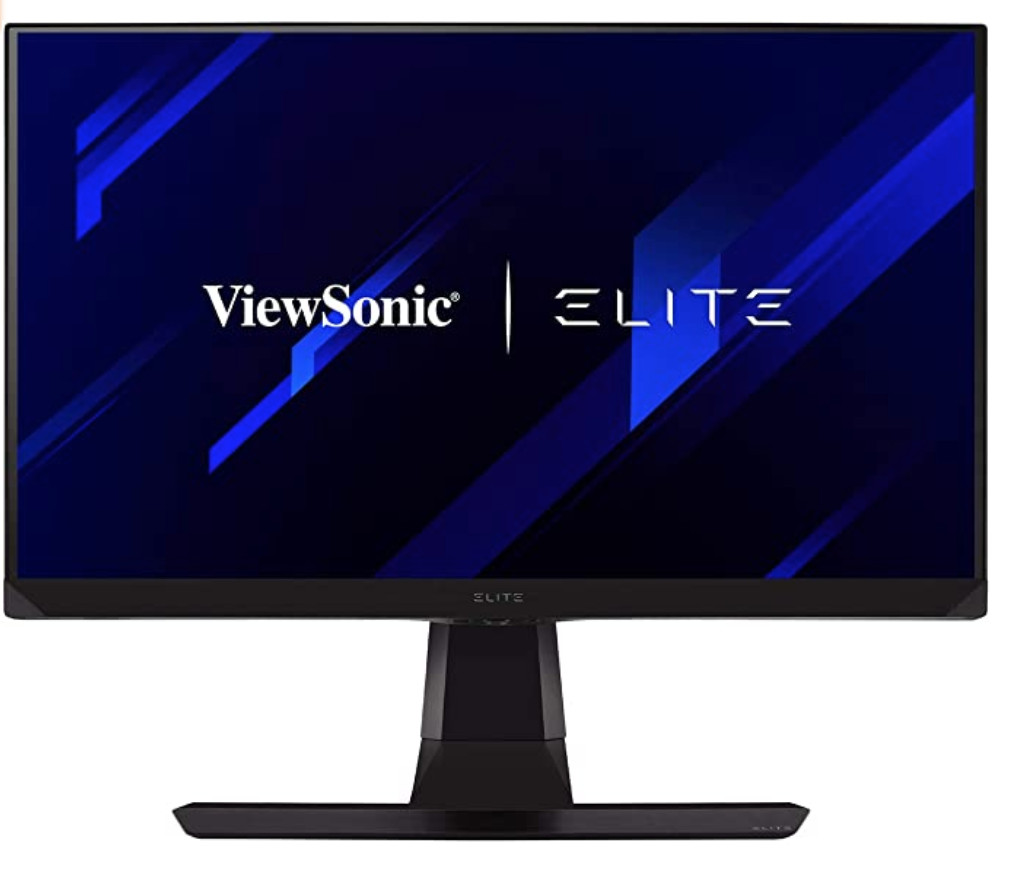 The ViewSonic Elite XG270 is an impressive gaming monitor that you may want to consider when you’re upgrading.

With a fast and quick refresh rate, you’ll be able to take dominate and take the advantage when it boils down to competitive gaming.

And the display has a beautiful aesthetically pleasing look to it, and it also does pack the performance needed for your gaming and multimedia sessions.

Before buying the ViewSonic Elite XG270 display, will it fulfill your gaming needs? Let’s dive deep into the displays specifications, design, performance, and features. 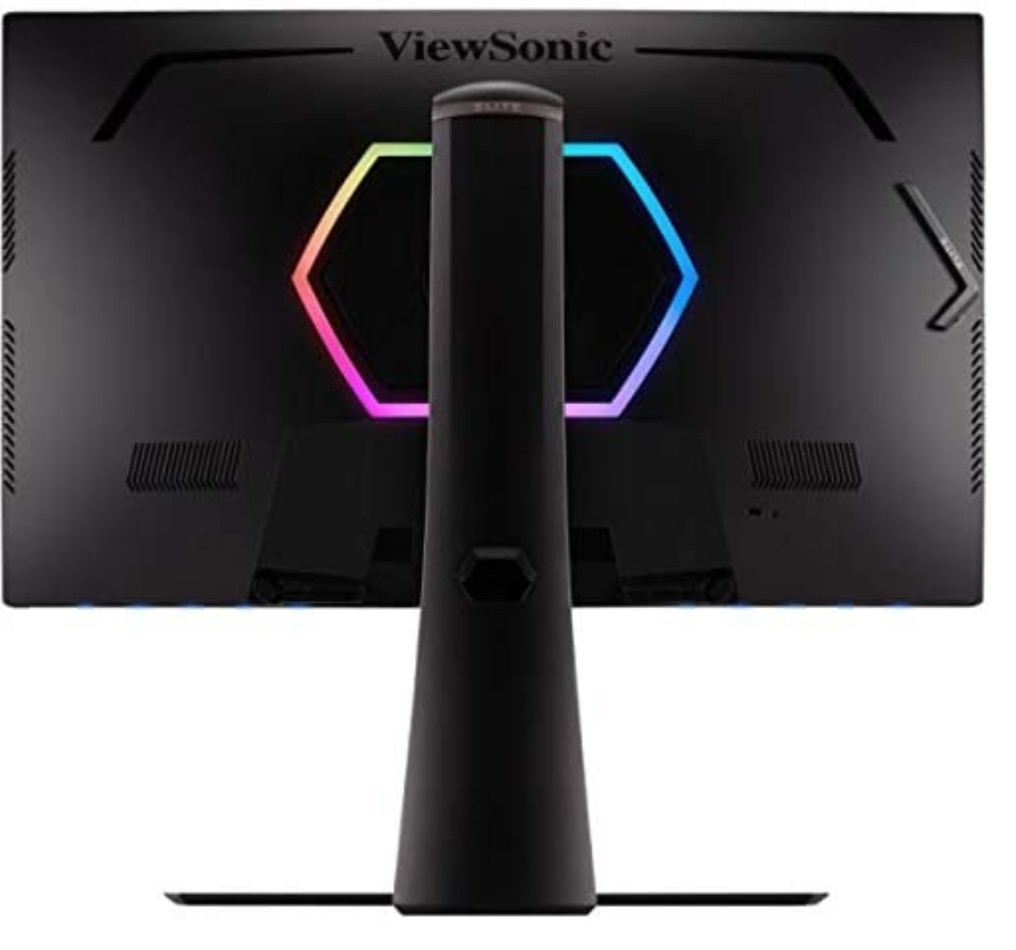 The ViewSonic Elite XG270 gaming monitor has a matte-black finish to the overall frame. And with slim build bezels, it almost looks bezel-free.

And with thin bezels, you’ll be most likely immersed in your gaming and multimedia sessions as well.

The default stand has an excellent foundation and also well built. And thanks to its T-shaped base, the stand won’t wobble nor move if you do happen to slightly nudge the display.

Besides, the stock stand can adjust in height, pivot, swivel, rotate, and tilt, making the stand ergonomically well designed.

You can also opt-in for a 100x100mm VESA mount as well if you happen not to be satisfied with the default stand that the ViewSonic Elite XG270 comes with.

Although the display doesn’t have a curvature design compared to its XG350R-C ELITE variant, the ViewSonic Elite XG270 monitor will still give you the necessary immersion and screen-time absorption.

Located in the bottom of the display is the OSD panel, which consists of a five-way joystick. With the joystick, you’ll be able to easily navigate and configure your OSD settings inconvenience, as opposing to using traditional buttons to navigate with.

You’ll be able to spot the connectivity panel in the rear of the panel, which consists of one DisplayPort 1.2, two HDMI 2.0, four USB 3.0, and one 3.5mm audio jack.

With a plethora of connectivity, you’ll be able to take advantage of the ViewSonic Elite XG270 display and use it as a charging station and also be able to connect multiple gaming consoles at the same time as well. And you can also invest in an HDMI switch as well and plug even more electronic devices into your monitor.

The display also comes equipped with two 2-watt built-in speakers, which sound pretty decent. But you’ll be better off with a set of dedicated sound system or a pair of excellent headphones such as the Sony WH 1000XM3’s, Bose 700’s or the Sennheiser WH XB900N headphones.

Overall, the ViewSonic Elite XG270’s built is elegant and aesthetic with an ergonomically well-built stand, which you can also replace it with a VESA mount.

The ViewSonic Elite XG270 measures at 27-inches, running with a 1920×1080 resolution, with a refresh rate of 240Hz and a response time of 1ms. And being an IPS panel, you’ll be able to experience the best of both worlds of quality and speed.

With a high refresh rate and a low response time, the ViewSonic Elite XG270 is ideal if you’re a serious gamer looking to gain an advantage over your competition.

The display has a contrast ratio of 1000:1 and a brightness level of 400 cd/m² with a 98% SRGB coverage, which will provide you a wide range of contrast and gamut spectrum.

Being an IPS, the display has a 178-degree viewing angle. And you’ll be able to view the screen in certain angles and not have the images and colors disappear, nor fade. The images and color remain vibrant and life-like altogether.

In addition, the ViewSonic Elite XG270 also has FreeSync and also is G-Sync certified as well. The FreeSync ranges from 48-240Hz, and when FreeSync is on, there’s no screen tearing, nor graphical lag as well. You’ll be able to experience the smooth buttery-like gameplay and lag-free gaming sessions. And during certain games, there weren’t any signs of ghosting, no trailing, and no motion blur, which is definitely excellent.

With its excellent anti-blue-light flickering feature, you’ll also be able to use the display for prolong use and have enjoyable gaming and multimedia experience.

In general, the ViewSonic Elite XG270 gaming monitor is excellent for fast-paced games and also Esports, thanks to its quick refresh rate and also the FreeSync feature will give you the competitive advantage when it boils down to gaming.

Overall the ViewSonic Elite XG270 monitor looks and performs excellently. Being an IPS panel, you’ll be able to get the best of both worlds of image quality and speedy performance.

If your budget allows you, then the ViewSonic Elite XG270 gaming monitor will be your ideal choice.

And if you’re also looking for more awesome gaming monitors such as the 144Hz displays or the 240Hz refresh rate monitors, please feel free to check those out.