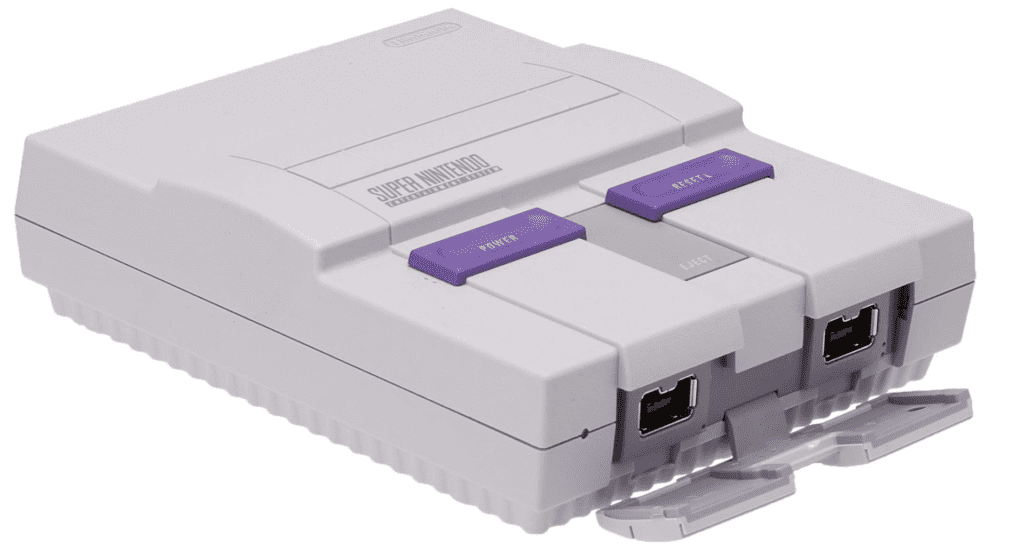 If you’re looking for a Super NES Classic Review For 2019, then you’re in the right place. In the following, you’ll discover some of the Super Nintendos new features and design.

Thanks to its 16-bit worlds, the classical games brings back that 90’s feel, where graphics were much simpler and retro. The difference is, now you can hook up your SNES to a 144Hz monitor and game all night. Or you can even hook it up to a Bose Speaker as well if you want to.

Nintendo has also designed the Super NES Classic back with new features and different options that you can choose from.

The Super Nintendo is an excellent console that which gives you access to so many of the old school retro games which were the best of its times.

You’ll be able to play back the old school Super Mario game, play a round of Street Fighter II or go through the dark worlds of Super Metroid.

The classic games with still maintaining its original story and features, but with a twist, and that is having saving points and saving states.

The classic Super NES is the answers if you’re going to retro gaming and want to take a time travel machine to go back in time. I know it’s not PS4 gaming, but for the old school fans out there, the SNES is it.

The best old school games that come with the Super Nintendo classic will give you hours upon hours of gameplay and hours of hardcore fun.

So it’s best to get ready and get lost for hours RPGing or side-scrolling through the classical games.

The best of best is back, so let’s dive into what the new Super NES console gives us.

Just weighing in 1.76 pounds with a dimension of 3×8.9×6.5 inches, you’ll be able to fit Super NES in the palm of your hands, which is pretty awesome. The Super NES classic uses the old school CPU which is the ARM Cortex-A7.

You’ll still get that 1990’s feel to it, and you’ll be able to have the two player class mode.

So if you want to vs. your friend in Mortal Kombat, Mario Kart or if you want to scroll through the world of Super Mario, you’ll be able to thanks to its two-player mode controller.

If you do decide to push the reset button on the system, the game is automatically saved, so you don’t have to worry about unsaved progress and saving checkpoints in the game. 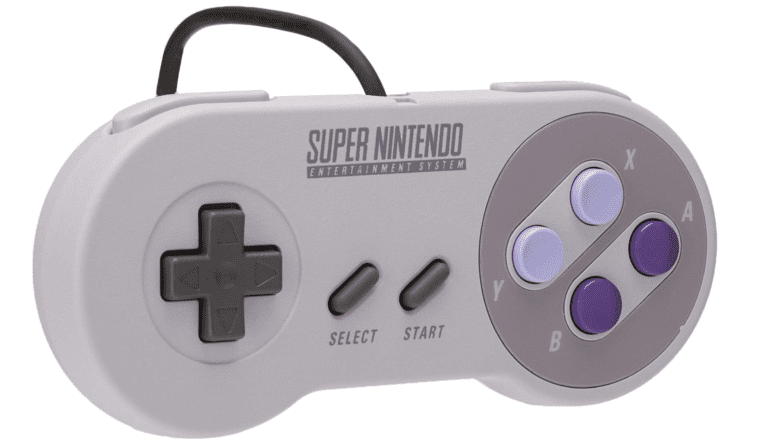 The Super NES controllers are the same size and have the same buttons as before.

With the controller’s new features, you’ll be able to rewind a minute in the game, and you’ll also have four suspend points.

The select button lets you return to the menu and also go back in time. So if you need something back from the menu screen or need to start a new game, hitting the select button will do that for you. Pretty simple and convenient.

The only downfall for the controller is that they aren’t wireless and you’ll need the cables to play. But it’ll be great if Nintendo did have classical wireless controllers for you to game up to a few meters or even a few feet away from the console. And this is because having a wireless controller will also prevent any wires getting cluttered, but the SNES controllers with cables aren’t as bad.

However, you can now get the wireless controllers which are already out; they’re called the Wireless Gamepad. Which seems to be an excellent controller, and you’ll be able to game without any hassle of wires, or your friends or yourself tripping over the controller wires.

The Wireless Gamepad also can last you up to 100 hours without you ever having to charge it, which is pretty convenient. You’ll also be able to game 24-feet away from your console, thanks to its 2.4 GHz frequency. 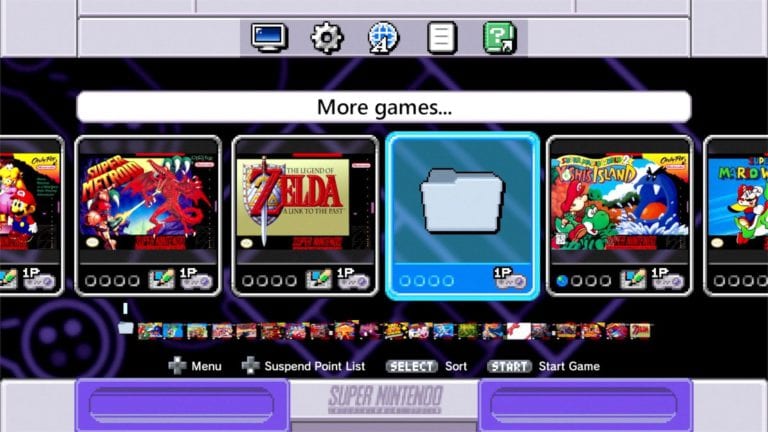 You’ll be able to have a user-friendly interface which you can explore with ease.

It’ll list down all the 21 games that it comes with and you’ll be able to select them from the user-friendly interface screen.

You’ll have control of the settings and organize the games. With the saved states, you’ll also be able to go back in time to undo past mistakes which is great if you did mess up something in your first run during the game.

What It Comes With

You’ll be able to get the console itself however it’ll be a miniature sized version from the original classic SNES, with two classical controllers the same in size as the classics, an HDMI cable, with a USB cable that you’ll be able to plug into the adapter for power, and two cords for the SNES controllers.

Aside from all the cool accessories, it’ll come with 21 games. The old school games will bring you back to the 90’s era and give you that old school feeling back again.

You’ll even get to play Star Fox 2 after 20 years of waiting; Star Fox 2 is now playable for the gaming world. That’s pretty exciting stuff.

You’ll get back the old school games such as Super Mario, Super Mario RPG, Legend of Zelda: A Link To The Past, Street Fighter II Turbo, Super Metroid, Contra III, and much more.

The console is great if you’re a video game console enthusiast and makes a great collection for your gaming archives.

If you want to go back to the future and start gaming your old school games, then the classic renewed Super Nintendo console will be the best option for you.

The Super Nintendo console will take you back in time and have you playing your favorite games such as Super Mario, Street Fighter II, Super Metroid or enjoy some RPG with the Final Fantasy series.