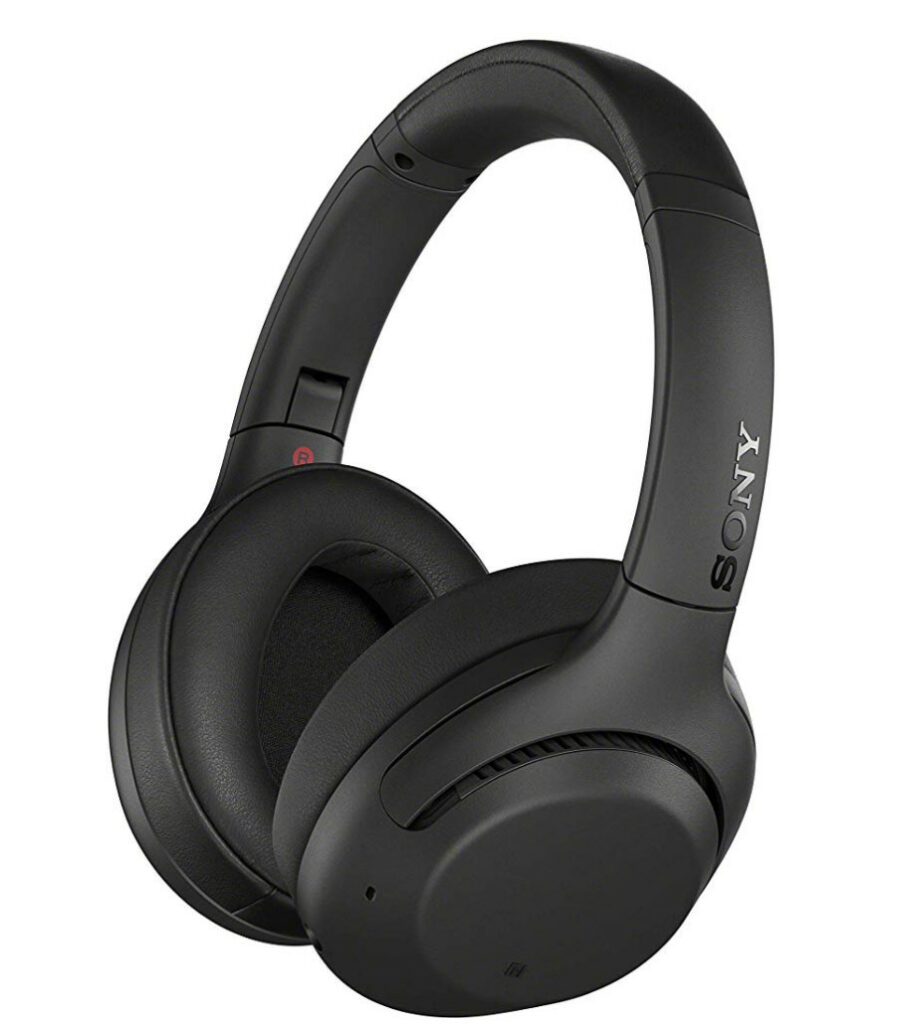 The Sony WH XB900N is an excellent budgeted noise-canceling headphone if you’re right on the cash.

The XB900N’s are lightweight by design and looks aesthetically lovely to the eyes.

But before you invest in the Sony WH XB900N’s let’s dive deep and check out the headphones’ design, performance, and features. 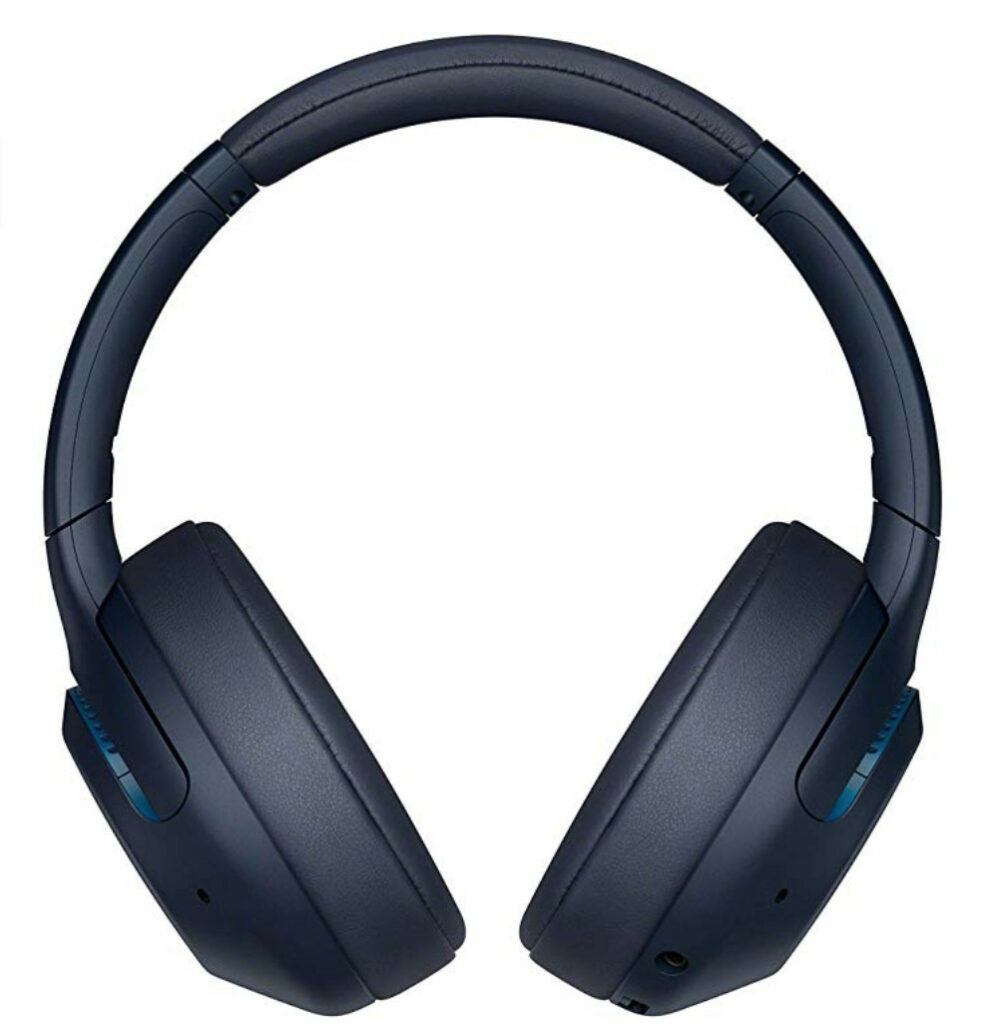 With its excellent matte-black overall design to the headphone, the added color adds to the aesthetics and gives the headphones an elegant feel and overall look to the device.

However, the plastic material felt a little bit cheap but shouldn’t be a significant issue. It may be that the lower in price that the plastics were designed this way.

The Sony WH XB900N’s were very durable during the stress test and never made a crack or a sound during the testing phase.

In terms of comfortability, the Sony WH XB900N’s are very awesome to wear, especially during prolonged uses. After hours of using the Sony WH XB900N’s, there was no head regional nor facial area discomfort. The headphones remained pleasant to wear after an hour of use.

The ear cups were a bit tight as well compared to the Sony M3’s, and this was purposefully designed this way to get added immersion and provide listeners the extra bass.

Overall in terms of wear and design, the Sony WH XB900N is top-notch and will provide you stability and a soft, comfortable feel to the overall headphones. 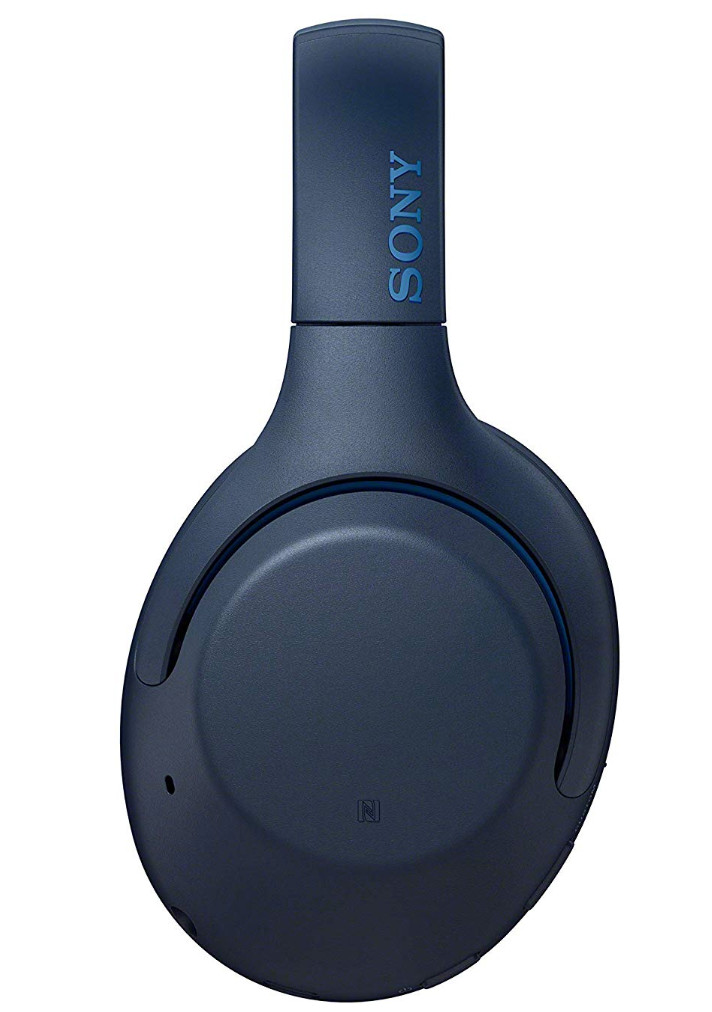 The Sony WH XB900N’s do have motion sensor controls that are located on the right side of the ear cup. They are convenient and easy to use for changing the settings to changing the headphones volume.

And you can pause and play by double-tapping onto the ear cup as well.

You’ll be able to use the audio pass-through feature, which will give you a more amplified awareness of your immediate surroundings. This is great if you want to hear your environment but with a max sense of hearing.

Located in the left ear cup, you’ll be able to find a few multi-functioning physical buttons, a USB-C port, including the power button and a pairing to device feature as well.

However, you won’t be able to connect the Sony WH XB900N’s to two mobile phones at the same time, but this shouldn’t be a significant concern unless you’re doing multiple projects and absolutely need a second mobile device to connect it.

With the multi-functioning button, you’ll also be able to control the ambient noises by toggling them off and on which is very useful for certain circumstances.

And located in the bottom of the left ear cup is a three and a half mm audio jack, which you can connect your wire to if you need to.

The Sony WH XB900N’s also uses an app that you can entirely control through your mobile phones as well. The app is easy to use, and the interface is very user-friendly as well.

And through the app, you’ll be able to toggle between Google Assistance and Alexa voice, which makes voice commands very convenient if you do need to do a quick voice search or command during busy times.

The active noise canceling works excellent and can also be controlled by using the headphones app.

Additionally, the USB-C’s work great for charging; however, you won’t be able to listen to music through the headphones while charging them.

In terms of battery life, the Sony WH XB900N’s lasted up to thirty-five to forty hours of headphone use, and this was including when the active noise cancelation feature was also on. And this is incredibly awesome if you do plan on traveling long periods.

You can also check the battery status by slightly pushing the power button, and the headphones will tell you its battery percentage, which is extremely helpful for a quick check.

The quick charging feature works great, a quick ten-minute charge from a zero percent battery can give you an hour of headphone usage.

The Sony WH XB900N headphones come with BlueTooth 4.2, which works great thanks to its coverage and connectivity stability if you do plan on leaving your mobile or electronic device from a distance.

The BlueTooth feature also performed great when watching a movie and listening to music, and there was no lag nor delays in the process, making the BlueTooth function consistently stabled.

Also, the microphone as well, and the outside noise cancellation feature gets activated at the same time.

And you can do this by holding the right ear cup, which will automatically activate both of these features, which is super great if you’re going to make phone calls while in busy streets.

In terms of sound performance, the Sony WH XB900N’s sound was crisp and high quality. The bass performed great as well, which you can also be controlled by using the app by increasing or decreasing the bass percentage, which is convenient.

The XB900N’s can also be one of the best wireless headphones for gaming as well due to its high sound quality design.

However, compared to the Sony M3’s, the Sony WH XB900N did reasonably well for a budgeted headphone.

If you’re interested, you can check out some of the best noise cancelling headphones such as the Sennheiser PXC 550’s or the Sony WH 1000XM3 headphones

If you have the budget, then the Sony WH XB900N headphones would be the one for you.