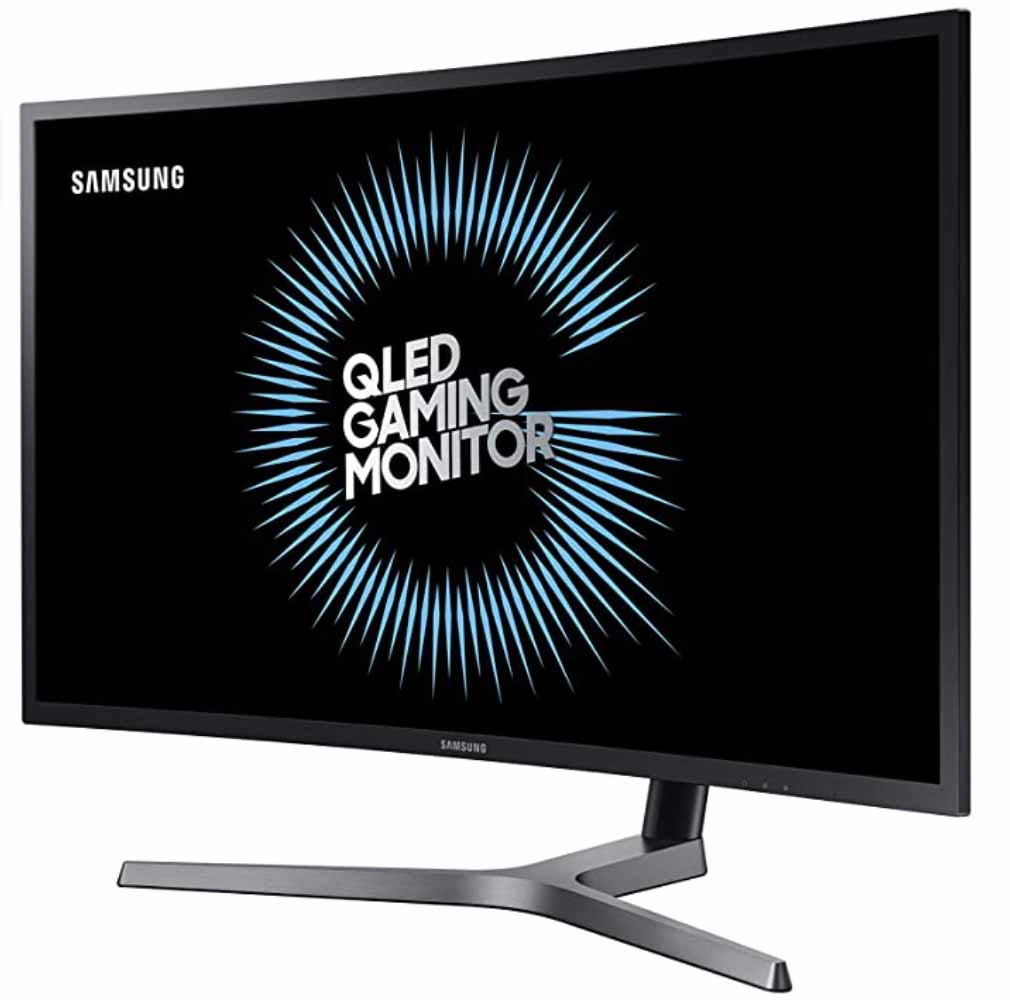 If you’re seeking to invest in an excellent monitor this year, then you may have to consider the Samsung C32HG70 monitor.

The Samsung C32HG70 may be a bit dated; however, the display still packs the features and performance needed for your multimedia and gaming sessions.

Being a VA panel, you’ll be able to get the best of both worlds of performance and image quality, along with quick refresh rates. And with image quality, the monitor is incredible for both creatives and producers alike as well.

So before getting the Samsung C32HG70 monitor, let’s check out its specifications, features, performance, and design. 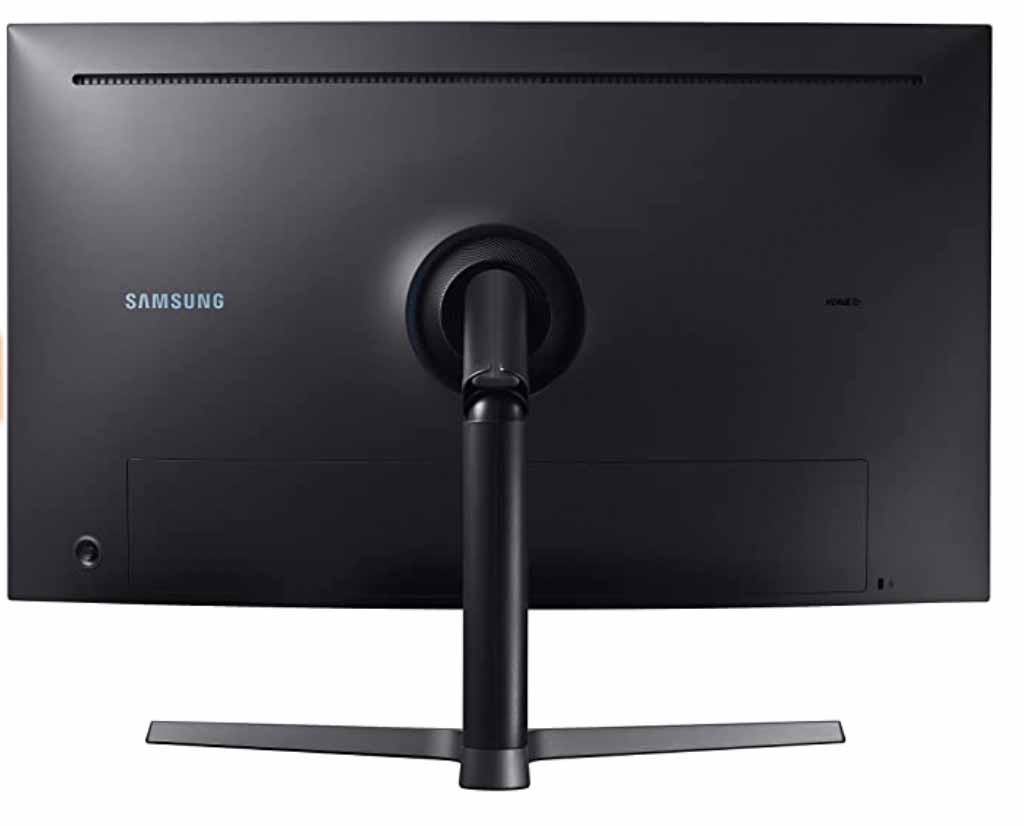 To begin with, the Samsung C32HG70 has a beautiful 32-inch screen, which will give you an enormous amount of screen real-estate for you to maneuver around with, and have extra windows and projects open.

And having a 1800R curvature, the monitor will give you a sense of extra added immersion effect as a bonus.

Along with the displays excellent architectural design, you’ll be able to spot the Samsung logo on the rear of the monitor and has a beautiful metallic finish to the logo, which also adds to the aesthetics of the display.

In general, the display doesn’t weigh too much, and has a great 15-lbs to the design, making it portable and easy to carry around in case if you do travel from place to place.

Overall the entire design has an excellent matte-black design to display and gives the Samsung C32HG70 the sleek and elegant look to it, which you can admire from a distance.

Along with a very thin bezel design, the C32HG70 will easily give you a great immersive experience when it boils down to gaming and viewing your favorite flicks and media.

In addition, the stand is extremely flexible thanks to its unique arm technology; the display can adjust in height, swivel, pivot, and tilt. Also, you can replace the default stand with a 100x100mm VESA mount, which lets the Samsung C32HG70 be genuinely flexible in maneuverability and screen positioning.

Also, the default stand is sturdy and has a solid base preventing the display from wobbling as well, thanks to its Y-shaped base; the Samsung C32HG70 sits on a strong foundation.

However, due to its sizeable Y-shaped base, it’s recommended that you have a large table and surface for the Samsung C32HG70 to sit on so that you’ll have enough room to work with. And located between the stand and display connection, you’ll be able to see the LED lights glow, which adds to the overall atmospheric effect.

Additionally, you’ll be able to locate the connectivity on the rear side of the panel which consists of one DisplayPort 1.4, two HDMI 2.0, two USB 3.0, and one 3.5mm audio jack.

Unfortunately, there are no built-in speakers for the Samsung C32HG70; we always recommend that you stick with a dedicated sound system or a pair of excellent headphones such as the Sony WH 1000XM3 headphones.

The 3.5mm audio jack does come in handy; you’ll be able to plug your favorite headphones and jam away.

With a plethora of connectivity, you’ll be able to connect multiple gaming consoles and any extra electronic devices into the Samsung C32HG70 monitor with ease.

If two HDMI’s aren’t enough, you’ll be able to connect an HDMI switch and have multiple devices connected to the display.

Along with its user-friendly connectivity, you’ll be able to spot the OSD panel on the rear of the display, which consists of a joystick.

The joystick makes it very convenient for users to navigate through the OSD settings with ease compared to using traditional buttons.

Overall, the Samsung C32HG70 presents an aesthetically pleasing device to the entire build and gives the display that necessary elegant look, which adds levels in the admiration effect. 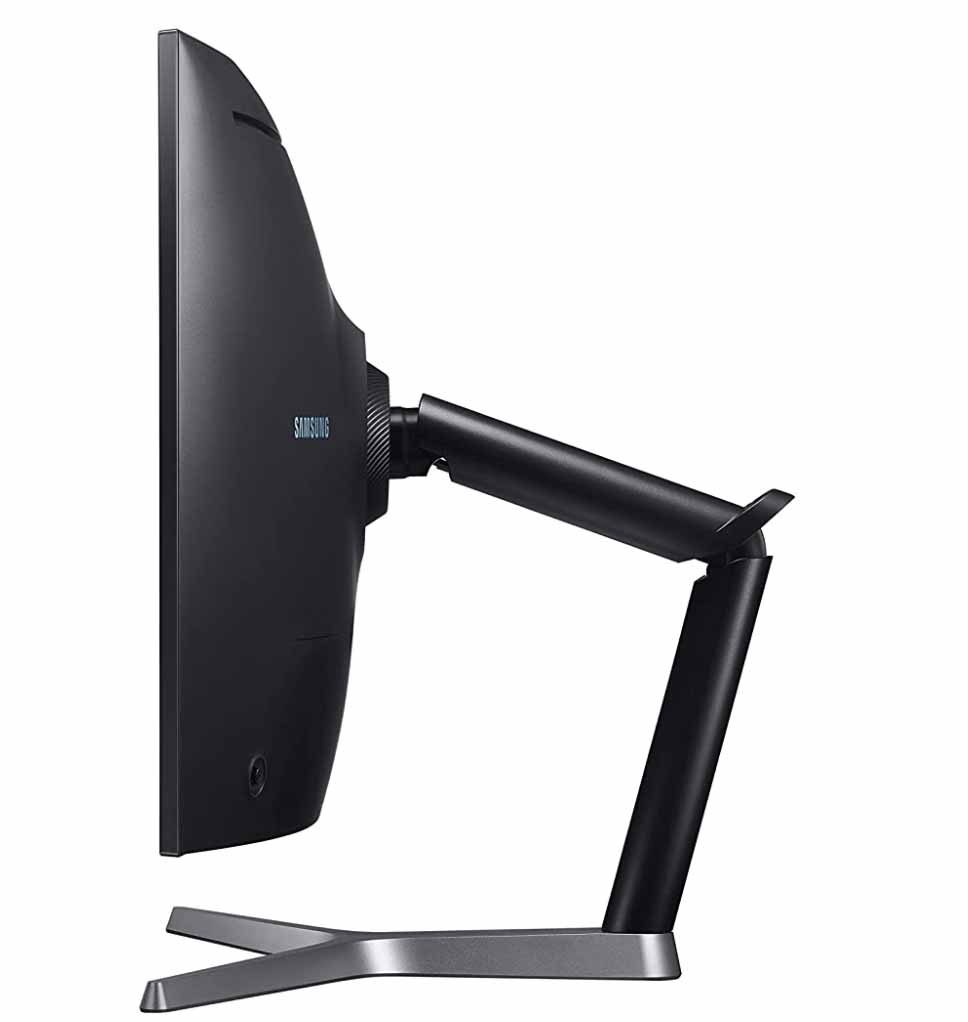 The Samsung C32HG70 measures at 33-inches with a resolution of 2560×1440, running with a 144Hz refresh rate and a response time of 4ms. Being a VA panel, these specifications are excellent for competitive gaming and general use overall.

Additionally, the display has a 3000:1 contrast ratio with a brightness level of 350 cd/m², which will give you a plethora of gamut and contrast spectrum that you can enjoy. However, you may have to turn down the brightness once opening the Samsung C32HG70 out of the box; the brightness settings will be a bit powerful.

The HDR 10 feature is pretty impressive, while still maintaining a 144Hz refresh rate and will also give you a pleasant 10-bit rate.

And once enabled, you’ll be able to notice the rich darks and brilliant lights when viewing sceneries in very dark and bright environments, which is excellent if you want to see details and enhance picture quality.

The display does come with FreeSync 2, which ranges from 48Hz to 144Hz; the display isn’t G-Sync certified; however, you can always download the latest drivers from Nvidia’s website.

Once FreeSync was on, the games ran buttery-smooth without any screen tearing nor ghosting, which is fantastic if you want to take your gaming experience to another level. Also, you won’t be able to notice any input lags, which sits around at 5ms.

If you plan on using the overdrive feature, it’s not recommended to put the overdrive on max settings (fastest), causing graphical artifacts and bits of ghosting. 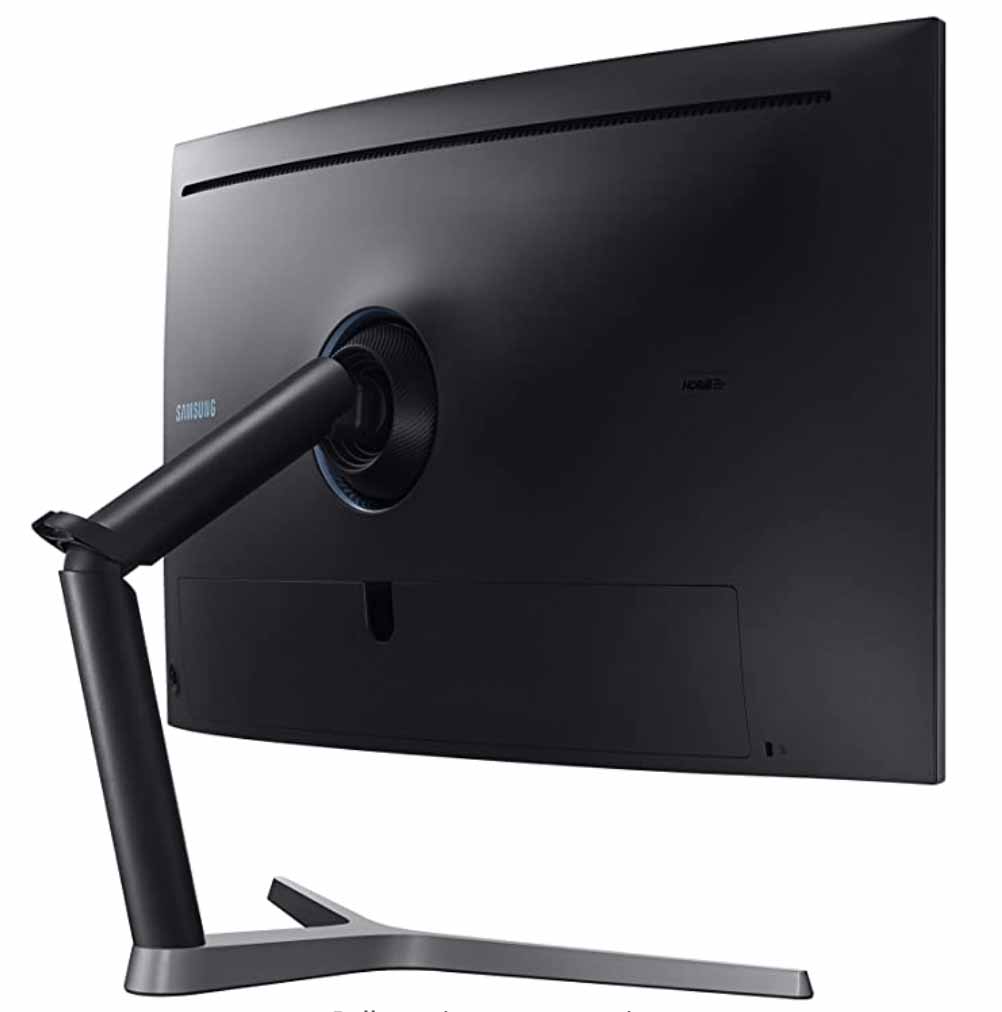 In conclusion, the Samsung C32HG70 is a superb gaming display with excellent aesthetic features and a plethora of connectivity that you can connect too.

The fast 144Hz refresh rate and quick response time will give you a competitive advantage when it boils down to serious gaming.

Overall the Samsung C32HG70 may be a bit old; however, the display still holds its weight and will provide you the performance.

You may also want to check out similar gaming monitors such as the Acer ED273 monitor, or the LG 32GK850G B.