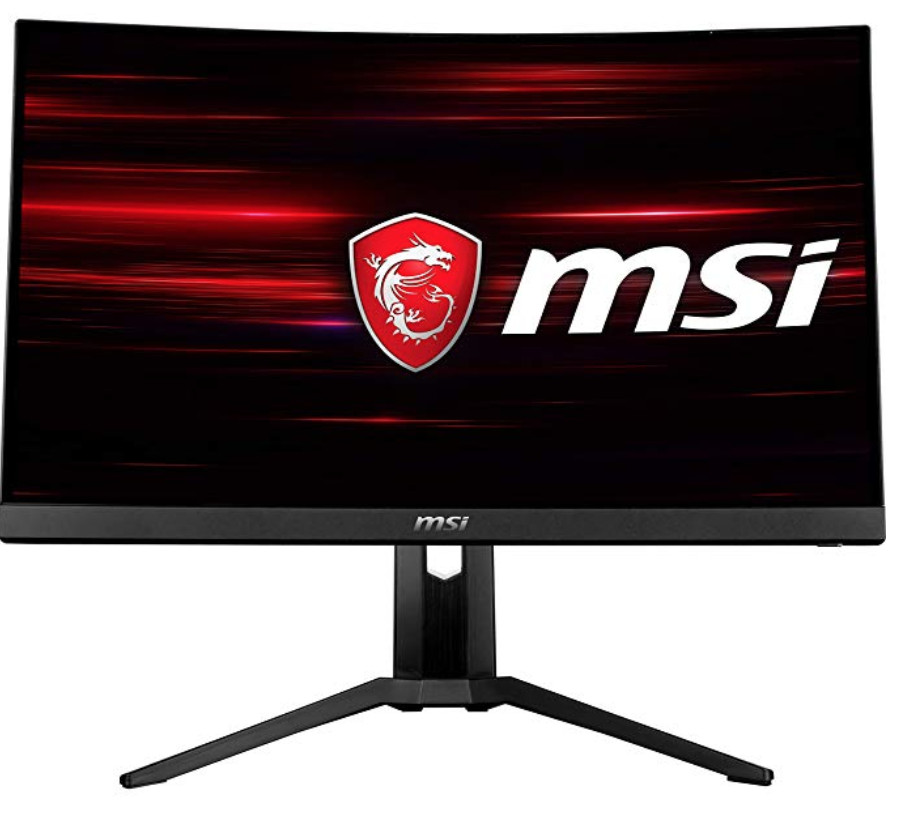 If you’re looking to upgrade to a next-generation gaming monitor, then you’ll need to check out this MSI Optix MAG271CQR review.

The MSI Optix MAG271CQR is another one of MSI’s state of the art gaming display with an elegant and aesthetically pleasing overall presentation, which is pleasing to the eye from afar.

And thanks to its simple built and thin bezels, it’ll enhance user and gaming experience as well.

With the monitor’s aesthetics, it also comes packed with powerful features and excellent, speedy performance, which you can silently admire.

So before investing in the MSI Optix MAG271CQR monitor, let’s dive deep into the displays design, performance, and features. 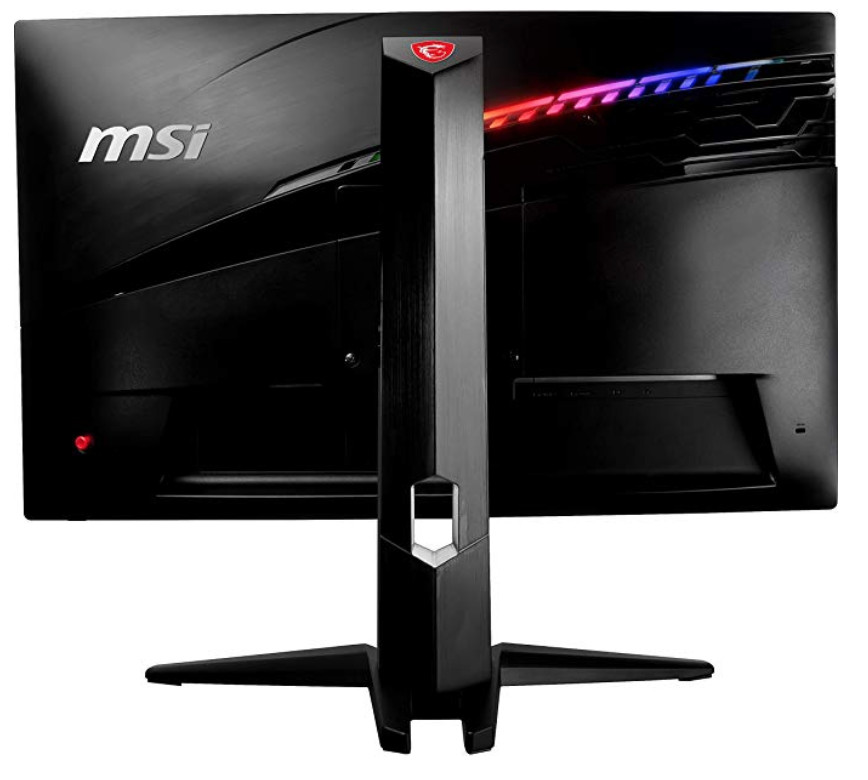 The overall display design for the MSI Optix MAG271CQR is outstanding and has a simple yet futuristic look to the entire frame.

With an overall frame made of a matte-black color, the display looks aesthetically pleasing to the eye, which you can admire from a distance.

If you’re a huge fan of RGB lights, then the MSI Optix MAG271CQR has these. The RGBs are located in the back of the panel and can be fully customizable through MSI’s Mystic Light program. And the cool part is the lighting can be synchronized with the current multimedia running on your computer.

The added RGB lighting adds to the aesthetics of the entire monitor. This can also enhance the user experience, as well.

Also, the displays stand isn’t fully ergonomic by design, but you’ll be able to adjust its height and tilt the monitor according to your preferences. However, if you’re not entirely with the stock stand, you’ll be able to op-in for a VESA mount (100x100mm), which will give you the freedom option of display flexibility.

Unfortunately, the display has no built-in speakers, but that shouldn’t be an issue because you’re always almost better off with a set of dedicated speakers or a pair of high performing headphones such as the Sennheiser PXC 550’s or the Sony WH 1000XM3 Headphones.

The I/O connections are located in the rear of the monitor and consist of one DisplayPort 1.2, two HDMI 2.0, three USB 3.0, and one headphone jack. If you’d like to, you’ll be able to hook up an HDMI switch and start connecting multiple devices into the display.

Overall the weight of the MSI Optix MAG271CQR is 17-lbs and is pretty light and convenient to transport around when needed. 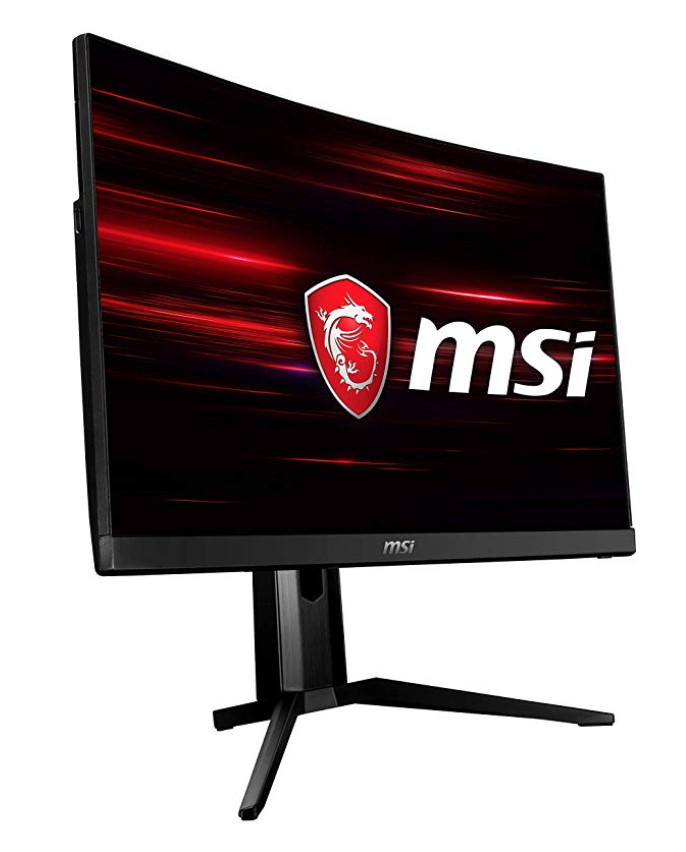 The display measures at 27-inches with a resolution of 2560×1440 QHD, running with a refresh rate of 144Hz and a quick 1ms response time, making the MSI Optix MAG271CQR great for gaming.

The contrast ratio is 3000:1 with a max brightness level of 400 cd/m^2, which is excellent for both producing and gaming. So you may have to turn down the brightness down a little bit when opening the brand-new MSI Optix MAG271CQR straight out of the box.

And you’ll be able to appreciate the richest darks and brilliant lights during gameplay and multimedia use, thanks to its plethora of great contrast and brightness levels. Also making this display some of the best monitor for photography thanks to its color accuracy.

Although the MSI Optix MAG271CQR is a VA panel, you’ll get the best of both worlds of fast performance and image quality. There may be some backlight bleeding, but this is normal for the majority of VA panels and shouldn’t cause any significant issues.

Overall the MSI Optix MAG271CQR display has brilliant colors, crisp images, and color accuracy altogether. However, gamers may experience ghosting and trailing at the same time but not to a significant level. The monitor advertises it’s a 1ms response time, but you may notice a bit of motion blur and trailing, so having FreeSync and overdrive turned on will help.

The display also comes equipped with FreeSync and can also run on G-Sync as well, regardless if G-Sync isn’t certified.

With FreeSync on, the graphics are smoother, and there won’t be any lag present when viewing fast-paced action scenes. The display also has an “overdrive” option, which erases ghosting and graphical trailing all together, resulting in smoother gameplay with no stuttering. Thus also making the MAG271CQR the best monitor for console gaming as well, due to its high performance.

Overall the performance of the MSI Optix MAG271CQR is outstanding, with clear and crisp images, gamers, and creators alike can take their experiences to the next level.

The MSI Optix MAG271CQR monitor is outstanding for gaming and for producing work. The display serves well for creatives, photographers, and video editors alike.

Gamers may experience a bit of motion blur during fast-paced scenes but shouldn’t be an issue. The monitor has FreeSync and overdrive, which are fantastic features to help with the motion blurs.

But if you’re looking to upgrade to a new display, then you’ll have to consider the MSI Optix MAG271CQR display.