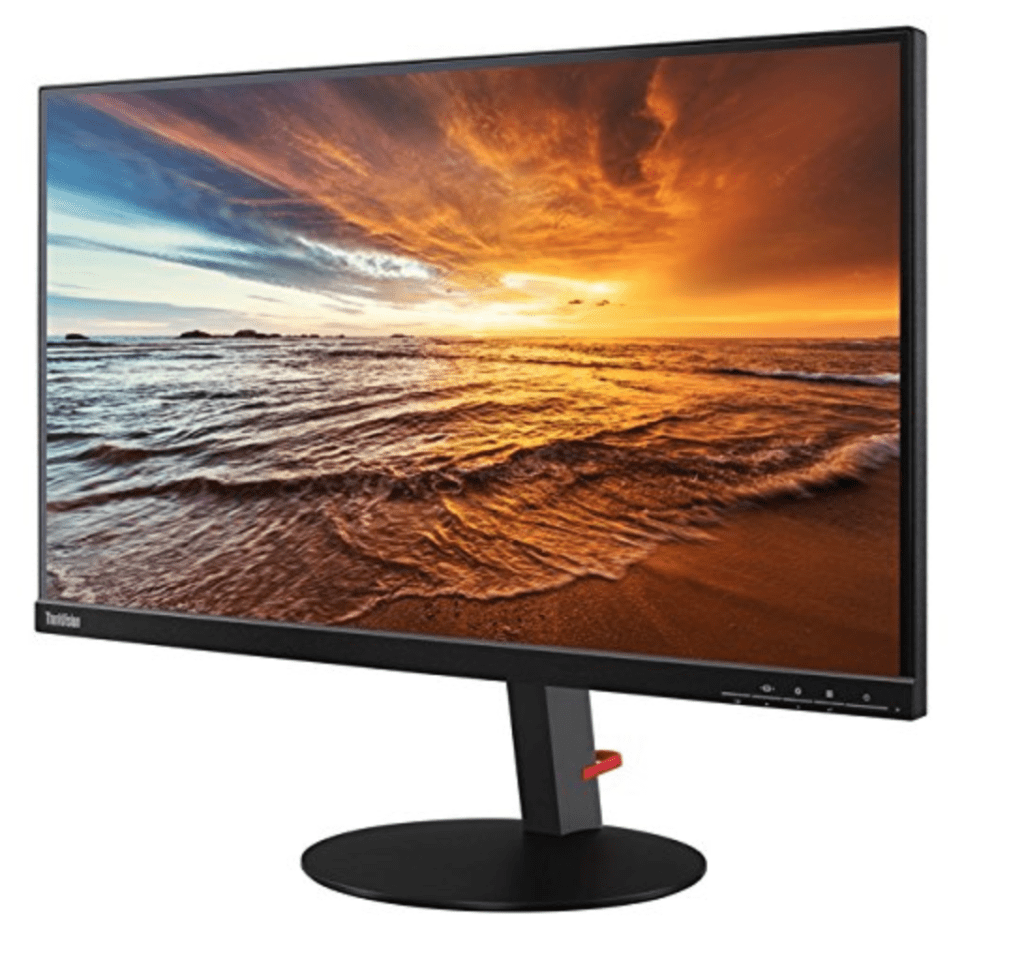 The ThinkVision P27U by Lenovo is an excellent IPS panel and is considered very good for professionals and producers.

The design is pretty aesthetic, and you’ll have a monitor that you can adore in your room and office.

Also, the monitor delivers performance and image clarity. These are all great if you’re a casual gamer and a graphic artist or producer.

So let’s dive deep into what the Lenovo P27U has to offer us. Let’s start by checking out the displays design, performance, and features. 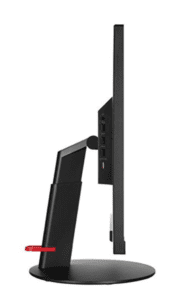 The design is aesthetically pleasing, with a simple matte black plastic finish to the display. Overall the display looks sleek and is smooth.

You’ll get a fully functional ergonomic stand, which can let you tilt, swivel, pivot and make height adjustments to the monitor. The monitor is great if you’re working on certain projects that require you to adjust and view the monitor in certain positions.

In addition, with a borderless bezel, you’ll easily be able to connect a second monitor without any hassle. The borderless bezels will further enhance your screen time experience and immerse yourself into your multimedia environments.

And with a weight of about 15 lbs, you’ll have an easy time handling the monitor around, and you’ll be able to move the monitor without any hassle nor struggle.

With the ports, the monitor also gives you 1 USB port with BC1.2 for super fast charging for any USB devices.

In regards to audio, the P27U doesn’t come in with integrated speakers, so you’ll need to invest in separate speakers, or you can plug in your headphones while you’re at it. Most of the built-in speakers within current monitors aren’t as good as separate speakers or a dedicated headphone.

The OSD buttons are just located in the bottom right of the monitor and should be easy to navigate when trying to reconfigure the settings of your display. However, it isn’t as easy when using an OSD joystick, but the traditional buttons should be relatively easy to use. 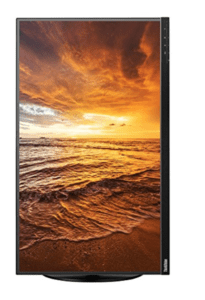 The Lenovo P27U is a high performing IPS panel with 3840×2160 resolution. And, including 4K UHD, you’ll have a great monitor with life-like images.

However, if you’re a competitive gamer and want a fast gaming monitor, then you’ll need to either go with a TN panel or the VA panel. TN panels are the fastest out of the three panels, so those panels are something you might want to consider if you’re a serious player, making this a good monitor for gaming.

However, P27U monitor will go very well if you’re a casual gamer and not a competitive one since this monitor is geared towards producers, artists, and designers. Also making this monitor the one of the best monitor for photographers as well.

Considering the P27U is an IPS panel, this monitor will go very well if you’re a content producer, designer, graphic artist, video editor or even a photographer. And this is because the monitor is focused on image quality, color, and contrast depth. And with an already pre-calibrated display, you’ll get the most accurate and the most consistent color for the monitor.

Also, the monitor has 1000:1 contrast ratio and a 350 cd/m WLED backlight. Thus making this monitor for producers and designers.

Thanks to the monitor being 4K UHD capable, you’ll have clear and crisp images on display. So that means you won’t see any artifacts nor pixelations. With 4K UHD, you’ll be immersed fully into your screen and multimedia.

In addition, the P27U has both a 99% sRGB and Adobe RGB, which is outstanding, making it one of the best monitor for console gaming.

The monitor doesn’t have FreeSync nor G-Sync features, so you won’t be able to use the full potential power of your video cards. Because since this IPS monitor is geared toward for developers, designers, and professionals, the sync features aren’t required.

If you’re a casual gamer, then you’ll still be able to play games on the P27U without any issues. There may be a bit of ghosting because considering this monitor has a 5ms response time and a 60Hz refresh rate, the display may show a bit of tracing and ghosting in high fast paced actions scenes such as an FPS or if you’re watching sports.

The Lenovo P27U monitor is an impressive display to have. Considering this is an IPS panel, it’s geared towards individuals who are producers, content creators, graphic designers, artists, and photographers.

With a 60Hz refresh rate and a 5ms response time, the monitor will give you the features and performances needed. If you’re a competitive gamer, then consider going for a VA or TN panel since those are some of the fastest panels and are made for gamers.

But overall, the P27U produces a lot of image clarity and color depth, which should be great if you’re doing any detail work.