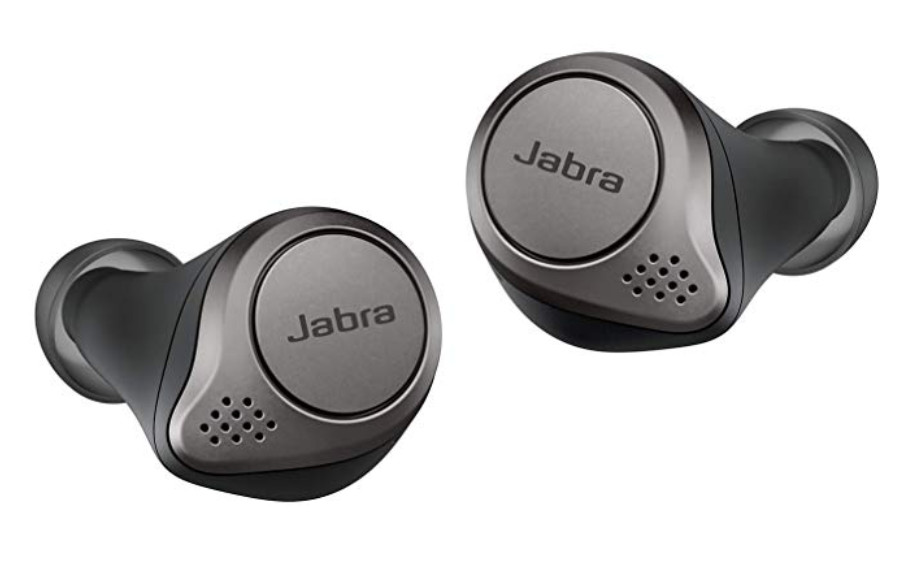 The Jabra Elite 75T wireless earbuds are another great excellent earphone that you can get your hands on.

With a unique shape design, it’s built for comfortability and will give you more aesthetics while sporting these excellent earphones.

The Jabra Elite 75T is excellent for exercising and for long-term wearability, and it won’t fall out when you’re running.

So before investing in the Jabra Elite 75T earphones, let’s dive deep into what the earphones design, performance, and features. 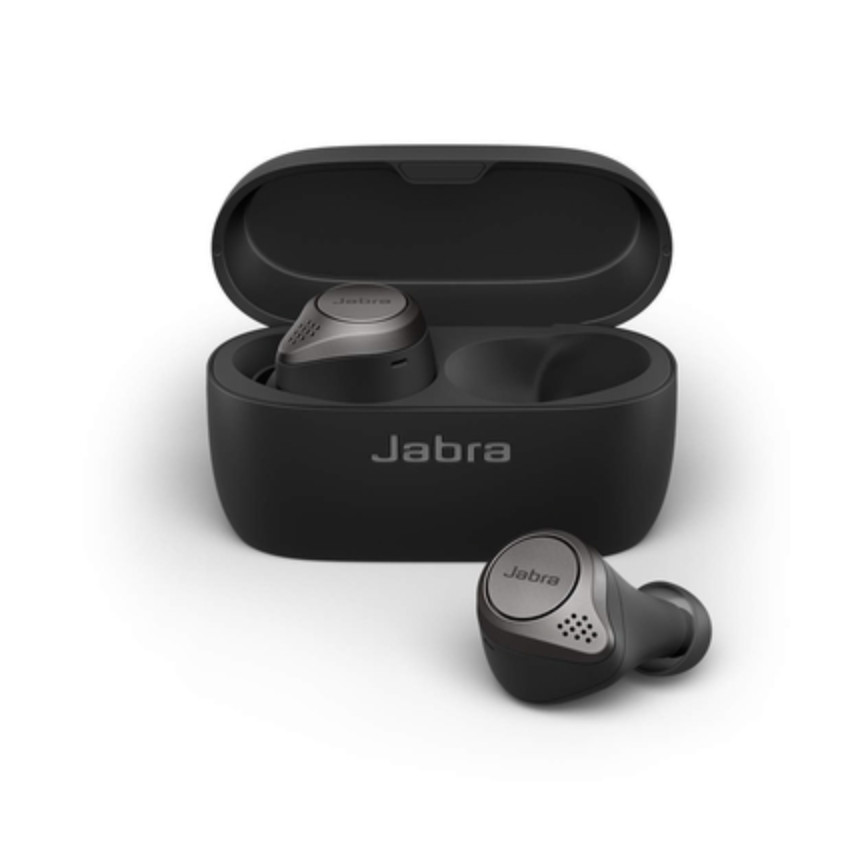 The Jabra Elite 75T earphones are very lightweight by design and do have an aesthetic look to them as well.

In terms of comfort and stability, the Jabra Elite 75T earphones stay intact with your ears very well and won’t move around while exercising or running around.

The Jabra Elite 75T’s also have similar features to the Samsung Galaxy Buds in terms of aesthetics, looks, and weight.

Additionally, the Jabra Elite 75T’s are water-resistant and did not break when pouring water over them—making these great for running and when you’re breaking a sweat.

The buttons are also on point and are very responsive when configuring these.

You’ll be able to skip tracks in your music by tapping twice onto your left earbud, and tapping three times goes back to your previous track and can also mute phone calls.

With the right earbud, you’ll be able to tap once, which lets you pause and resume your music. If you tap twice, you’ll be able to activate the voice assistance feature making it very convenient if you’re on the go or busy and also rejects calls as well.

And when you tap three times onto your right earbud, you’ll be able to place your immediate phone call on hold.

The buttons may be tricky when you first operate them, but you’ll get the hang of knowing which buttons to press in no time.

Regarding noise cancelation, the Jabra Elite 75T’s do block out the majority of your outside noise surroundings through its excellent passive, active noise canceling feature.

And when the music was on, you’ll be very immersed without the outside noises distracting you, thanks to its impressive earbud seal, which passively blocks out your immediate surrounding sounds.

Through the app, you can also adjust HearThrough’s controls by decreasing and increasing the surrounded noises around you, which is very easy to use, and useful if you need to have situational awareness immediately.

Also, there is an auto pause and resume feature by taking off your earphones, it’ll automatically turn off or on, which is very convenient because you won’t have to turn the earphones on or off.

The Jabra Elite 75T has eight hours of battery life, which is great if you’re ever going on long trips and if you’re always on the road.

With a fifteen minute charge from an empty battery can give you hours of earphone use, thanks to its fast charging feature, it’s useful if you need the headphones as soon as possible.

The sound performance sound very good with excellent sound depth and great bass and high-frequency sounds. These are all great for immersion.

You’ll be able to use the app to reconfigure the earphone settings to optimize the sound performance fully.

If you’re thinking about investing in some of these, test them out first and try them out if it suits your needs.