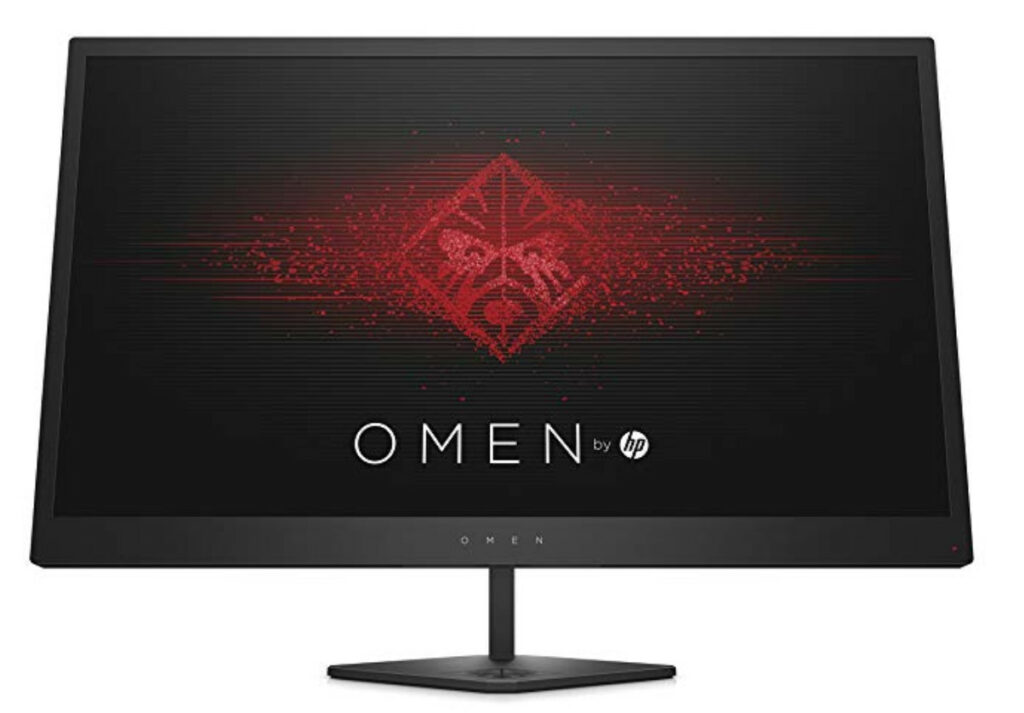 If you’re looking for a new gaming display to upgrade to, then you may want to consider the HP Omen 25 display.

With its excellent aesthetic design, and packed with the performance and features, the Omen 25 monitor will deliver you the goods and the necessary features to give you the slight edge.

To begin with, HP is an awesome, and a reputable company that designs state of the art electronics, and one of their awesome designs is the HP Omen 25 monitor.

Having lots of features, connectivity, and speed, you’ll be able to gain the advantage when it comes to competitive gaming as well.

But before investing in this impressive display, let’s first check out the specifications, the design, and the performance of the display that the Omen 25 contains. 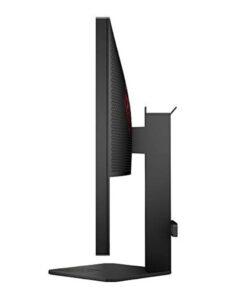 The HP Omen 25 has a simple and elegant design. With its nice matte-black finish to the panel, you’ll be able to adore the monitor from a distance when entering your room or office.

With its 24.5-inch screen, you’ll have enough room to have multiple windows open at the same time while gaming as well. Also, the display has thin bezels, making the monitor more immersive for users.

And along with its anti-glare screen, you won’t have to adjust the display itself, and you’ll still be able to see the screen without any glare from any bright sources, such as the intense rays from the sun, and this is thanks to its matte screen finish.

You’ll also find the Omen logo on the left side of the rear panel, which has a beautiful looking design and a dark-red finish to the logo, which makes it stand out.

If you’re a big fan of RGB’s, the logo also has RGB lighting, and the lights will add the ambiance of your environment. However, you can always turn off the RGB in your displays configuration if it’s not for you.

Along with the monitors’ aesthetic looks, the stock stand isn’t as ergonomically designed because you can only tilt the display up -5 to 23 degrees.

But the stand will give you the proper foundation for the display from preventing the monitor from wobbling and moving around.

If you’re not satisfied with the stand, you’ll be able to op-in for a VESA mount, and you’ll be able to control better and will allow the display to be a lot flexible. And the screen also comes with a VESA adapter as well, so you won’t have to invest in one separately.

Once set, you can mount the display onto your wall and enjoy your favorite movies as well.

Located on the side of the display, you’ll find a built-in headphone hanger which is very useful if you do decide to take breaks from your gaming and multimedia sessions.

Aside from the cool headphone hanger, you’ll find the I/O panels in the back of the monitor, and they’re easy to connect to. The panels consist of one DisplayPort 1.2, two HDMI 1.4, two USB 3.0, and one audio jack output.

Thanks to its HDMI port, you’ll be able to plug in your console systems such as your PS4, Xbox One, or SNES if you do plan on going retro gaming. And with the Omen 25’s features and performances, you’ll be able to take console gaming to the next level and gain a slight edge due to the monitors’ speed.

With the HDMI port, you can also invest in some of the top HDMI switches as well, and add multiple devices into the display.

Along with the I/O ports, the OSD panel is located in the right rear of the panel and uses a joystick to control the configurations of the display. Using the joystick is a lot convenient compared to using traditional buttons because you’ll be able to reconfigure the monitor with ease. 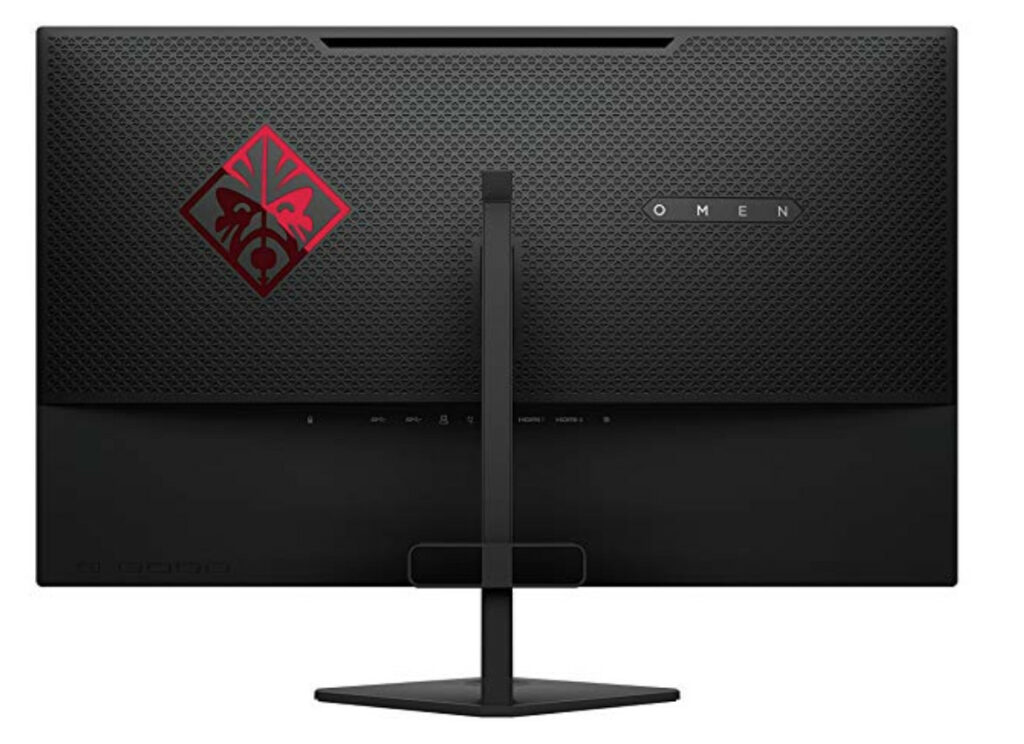 With a display size of 24.5-inches, the HP Omen 25 runs a resolution of 1920×1080 FHD, with a refresh rate of 144Hz and a response time of 1ms. And with these speeds, you’ll surely gain the upper advantage when gaming competitively.

Having a 144Hz refresh rate will give you smoother gameplay, and you’ll be able to view fast-paced action scenes more clearly without having trails, nor motion blur.

The display is also FreeSync ready, so if you do have an AMD graphics card, you’ll be able to use the FreeSync capabilities to the fullest fully.

Once FreeSync is on, you’ll be able to enjoy smooth, buttery-like gameplay and won’t have screen tearing, nor ghosting while gaming.

However, if you have an Nvidia GPU, you can also use FreeSync, but you’ll need to go to Nvidia’s website and download the drivers to experience the full capabilities of the feature.

Also, if you do plan on overclocking the display up to 165Hz, you can by going into the configuration of the display and enable Turboclock to achieve higher refresh rates.

Considering that the HP Omen 25 is a TN panel, it’s one of the fastest and still maintains color depth and vibrancy. The viewing angles have a 178-degree span, so you’ll always be able to see the images and colors without any fading when viewing from certain angles.

Also, the display is LED-backlit AMVA +, and there won’t be any screen bleeding nor dead pixels. And with the displays 1800R curvature added with that, you’ll even have a more immersive gameplay and multimedia experience.

The HP Omen 25 is a superb gaming monitor. Considering that the Omen 25 is a TN panel, you’ll get the best of both worlds of quality, and performance.

And with its 144Hz refresh rate, and a fast 1ms response time, you’ll get the slight edge over your opponents if you do happen to competitively.

You can also check out some of the other best gaming monitors such as the 144Hz refresh rate displays and find what suits you best, or you can check out the even faster 240Hz refresh rate panels as well.

And if you’re looking for specifically for TN panels, you may want to check out AOC G2590FX or the Acer KG271.

The Omen 25 is also great for content producers, artists, and photographers alike because of its color depth and image clarity, making the display suitable for creators.

So if you’re thinking about investing in the HP Omen 25 display, then, by all means, pick one up right now.

Please feel free to leave your thoughts and opinions in the comment section.