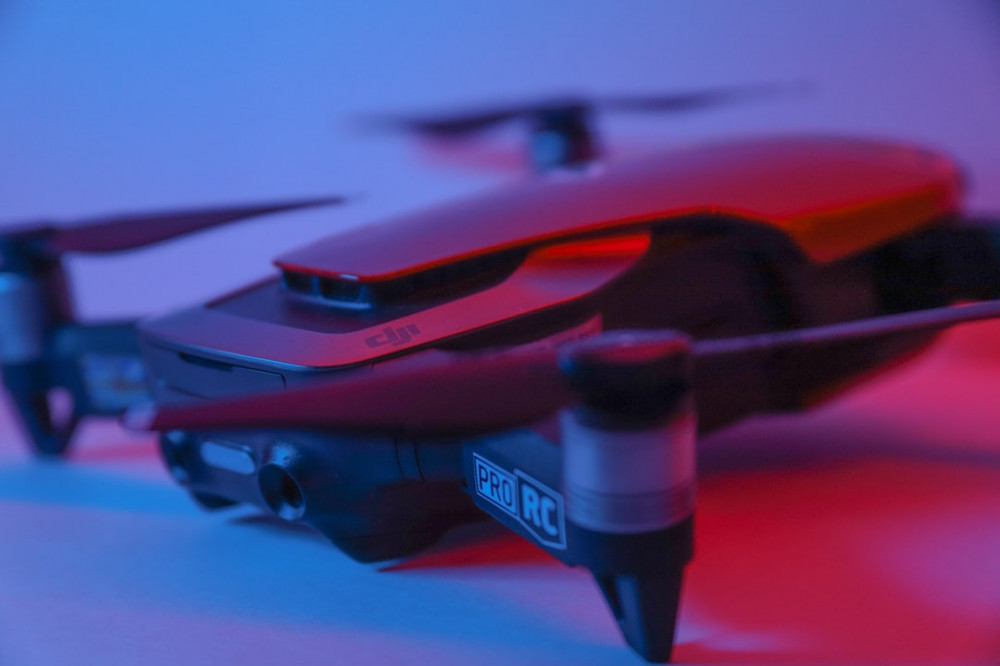 If you’re thinking about getting a high-end drone this year, then you’re in the right place. We’ll look at the differences between the DJI Mavic Air 2 vs Mavic Pro 2.

In our previous article, we compared the Air 2 vs Mini, and the Mavic Air 2 won, with all its tech and cool features. The Air 2 has many more capabilities than the Mavic Mini; however, the Mini is still an excellent starter drone if you’re new to the drone universe.

If you’re thinking about getting a high-end drawn this year, then you’re in the right place will take a look at the differences are between the DJI Mavic Air 2 vs Mavic Pro 2.

But if you’re in this for the Mavic Air 2 and the Pro 2 and can’t decide, then you’ll find a list of pros and cons for both DJI drones both have similarities and possesses different capabilities and features.

So before choosing one, let’s dive right into each drone’s specifications, design performance, and features. 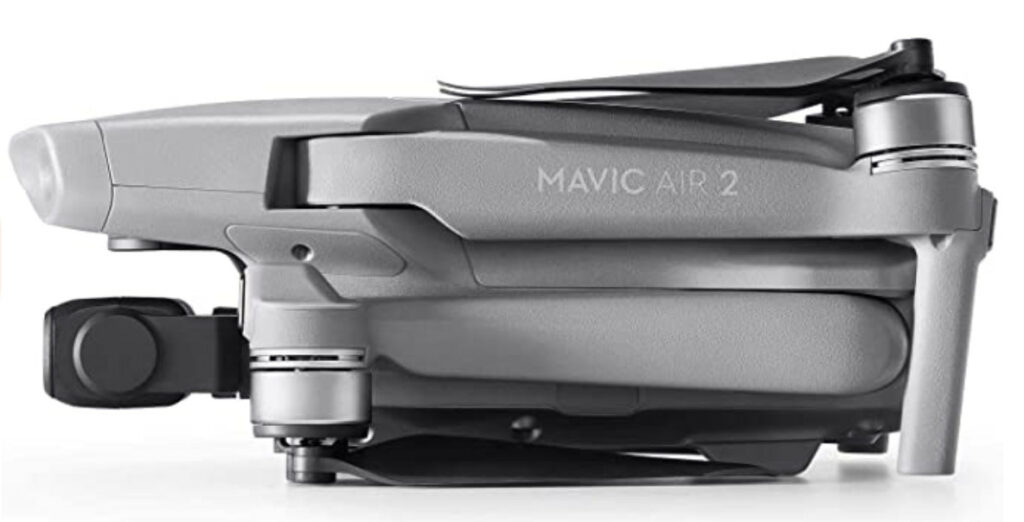 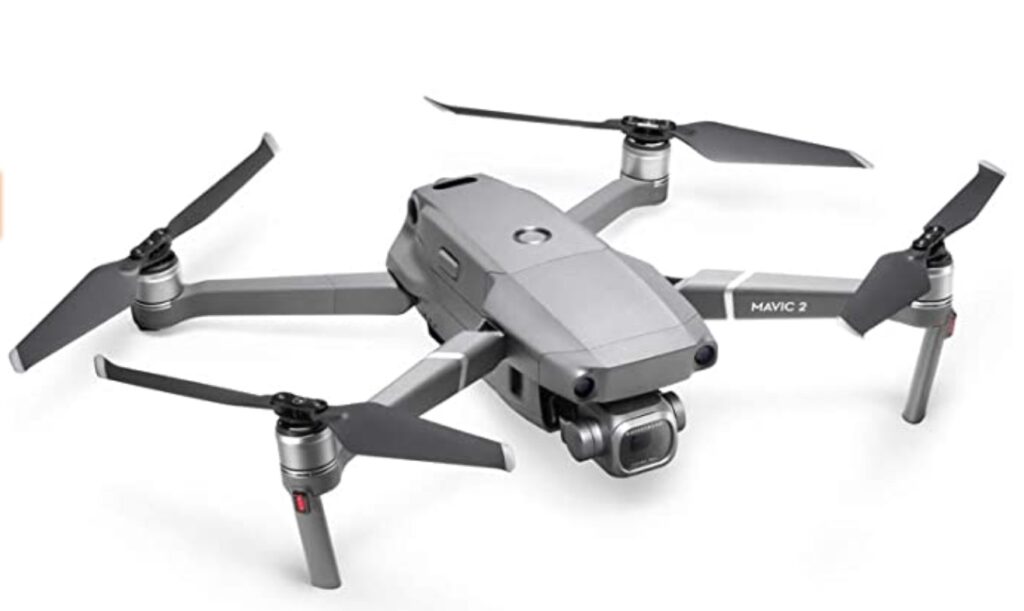 Both the Mavic Air 2 and Mavic 2 Pro have a very similar design and build if you’re always on the go. You’ll have to consider the Mavic Air 2’s weight; it’ll weigh at 570 g, which means less weight to carry on your journey; however, if you don’t mind a heavier drone such as the Mavic Pro 2, it’ll weigh at 907 g which is a big difference between the two drones.

Both drones will have your basic Mavic design, four rotors, a gimble on the front, memory, and a battery slot. Also, the gimbals will have the same features, with a 3-axis of movements, such as tilt wall and paint; additionally, both drones can fold all of their wings, making it convenient to store your drones in your bag case.

Overall, both drones look aesthetically pleasing; one is more prominent in size; however, both drones possess similar architecture. Since both drones are heavy, you have to register both of them with the FAA.

To begin with, the Mavic Air 2 sports a 12-megapixel camera, which also records 4K footages and captures is raw images as well. You’ll also be able to shoot in HDR, allowing you to have creative options of color grading and customizing your videos.

The Mavic 2 Pro can capture 4K footages at 100MBPS, along with a 20-megapixel camera, which captures beautiful images and uses a Hasselblad cam.

However, the internal storage is limited, so capturing large footage without a microSD card can be limiting.

The Mavic 2 Pro’s lens is larger as well, thanks to its 1-inch sensor, a larger sensor allows the drone to capture very high-quality videos and photos. The Mavic 2 Pro wins in overall camera performance and quality.

Additionally, both drones have an above 30 minute operating time. However, this depends on how you use the drone; battery life will usually last around 25 to 27 minutes when using the drones to their full potential.

Also, both the Mavic Air 2 and Mavic 2 Pro drones have an automated obstacle avoidance system, which lets them detect any obstacle within their surroundings in real-time. This is all thanks to its continuous detecting sensors, which are always continuously active.

The Mavic 2 Pro is fast, with its powerful motors. The Pro 2 can go up to speeds up to 45 mph; however, this speed is achieved when sports mode is enabled. So the automated obstacle detection system will automatically turn off while in sports mode.

In addition, the Mavic Air 2 can go up to 45 mph when sports mode is activated. Both drones will provide you the ability to capture fast pace footage. The Mavic 2 Pro wins on speed.

The Mavic Air 2’s controller can operate up to 240 minutes until recharging is needed. However, the cell phone display on top of the drone controller is a lot more convenient because it’s easier to view and control at the same time. The controller will also provide you options of modes and an automated return to home in case of emergencies.

On the other hand, the Mavic 2 Pro uses the DJI Smart Controller, much smaller than the Mavic Air 2’s remote. The Smart Controller provides you with a 5.5-inch screen located on the bottom of the controller. The screen is at 1080P, and the screen handles glares and other reflections from different light sources very easily, making it great if you’re out in the sun.

Both joysticks can detach as well, making the controller a lot portable. The DJI Smart Controller will have a built-in screen, so you won’t need to attach your cell phone for the joints display.

Ocusync 2.0 is used for both the Mavic Air 2 and Mavic 2 Pro drones as its transmission, which will provide support and connection between the controller and the drone.

Ocusync is very convenient if you’re planning to fly your drone very far distances, unlike Wi-Fi signals that tend to have disruptions while flying further distances.

Also, the DJI Go 4 App feature is present for both drones, which lets you view the drone’s camera with a higher quality of 1080P, and you’ll be able to see your drone on the corner map of your immediate location as well.

The Mavic Air 2 is the winner in battery life because it has a max battery life of 34 minutes; the Mavic 2 Pro has 31 minutes of flight time.

Both drones can fly at a max distance of 18 km; however, the Air 2 tops it by 18.5 km, which isn’t a significant difference.

Also, the Air 2 and Mavic 2 Pro contain 8 GB of internal drive, which is always recommended to grab a 256 GB microSD card to catch long and continuous footage.

Also, Spotlight mode is used by the Mavic 2 Pro, which tracks selected objects and follows that object which is helpful if you want the drone to follow you.

The Mavic Air 2 is equipped with an ADS-B, AirSense, which notifies you of any immediate aircraft near the drone’s vicinity.

Overall the Mavic 2 Pro and Mavic Air 2 are outstanding DJI drones; if you’re more on the professional side, if you need a high-end drone with a quality performing camera, then the Mavic 2 Pro would be your choice.

However, if you’re the everyday traveler who wants to catch high-quality footage for your next Vlog or basic video projects, then you’ll need to invest in the Mavic Air 2.

So what are your thoughts on the two drones? Please feel free to leave a comment below. 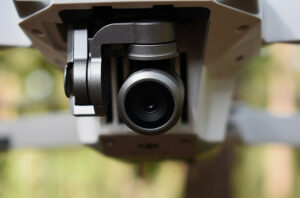 What is a Drone Gimbal? 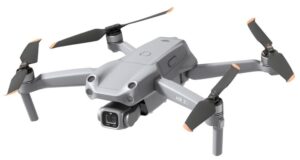 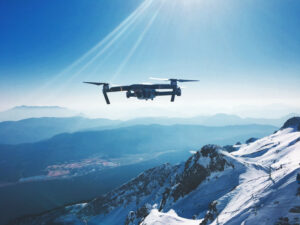 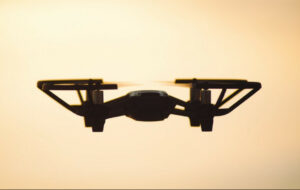 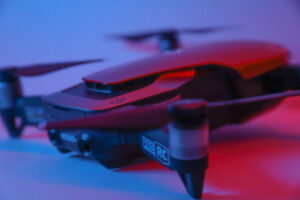 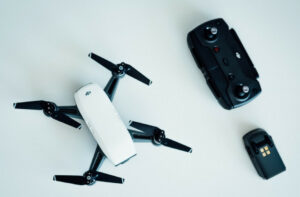