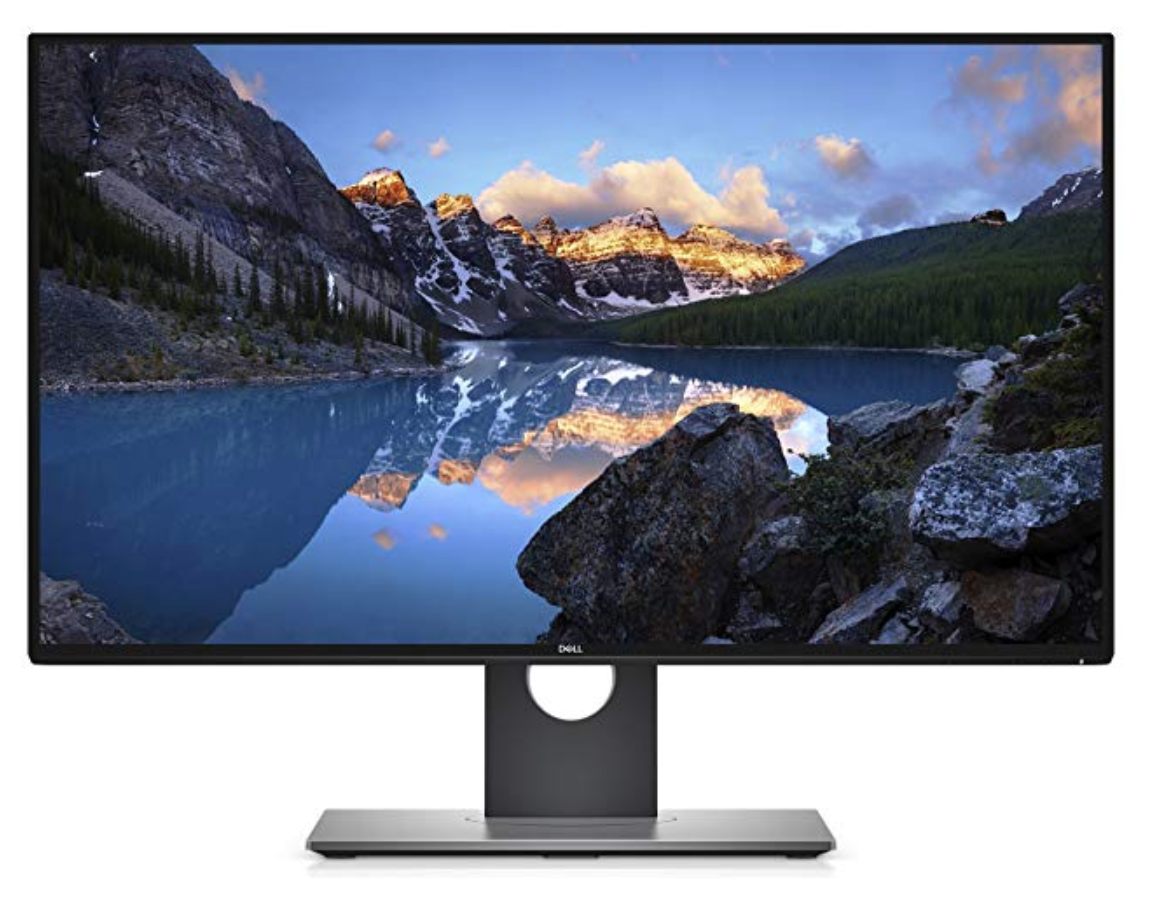 And if you’re a professional and a producer, then you’ll have to check out the performance and the design of the Dell U2718Q.

With its excellent aesthetics and impressive design, you’ll be able to work and game with this monitor for an excellent experience.

Also, the U2718Q is excellent if you game now and then because this monitor is designed for creators.

Furthermore, this IPS panel is great if you’re an artist, graphic designer, video editor, and a producer in general.

And this is because you get color consistency which will give you lifelike, accurate colors and clarity, which is needed if you’re ever working on a project.

But if you’re thinking about investing in the U2718Q, let’s first dive into what the performance and design have to offer you. 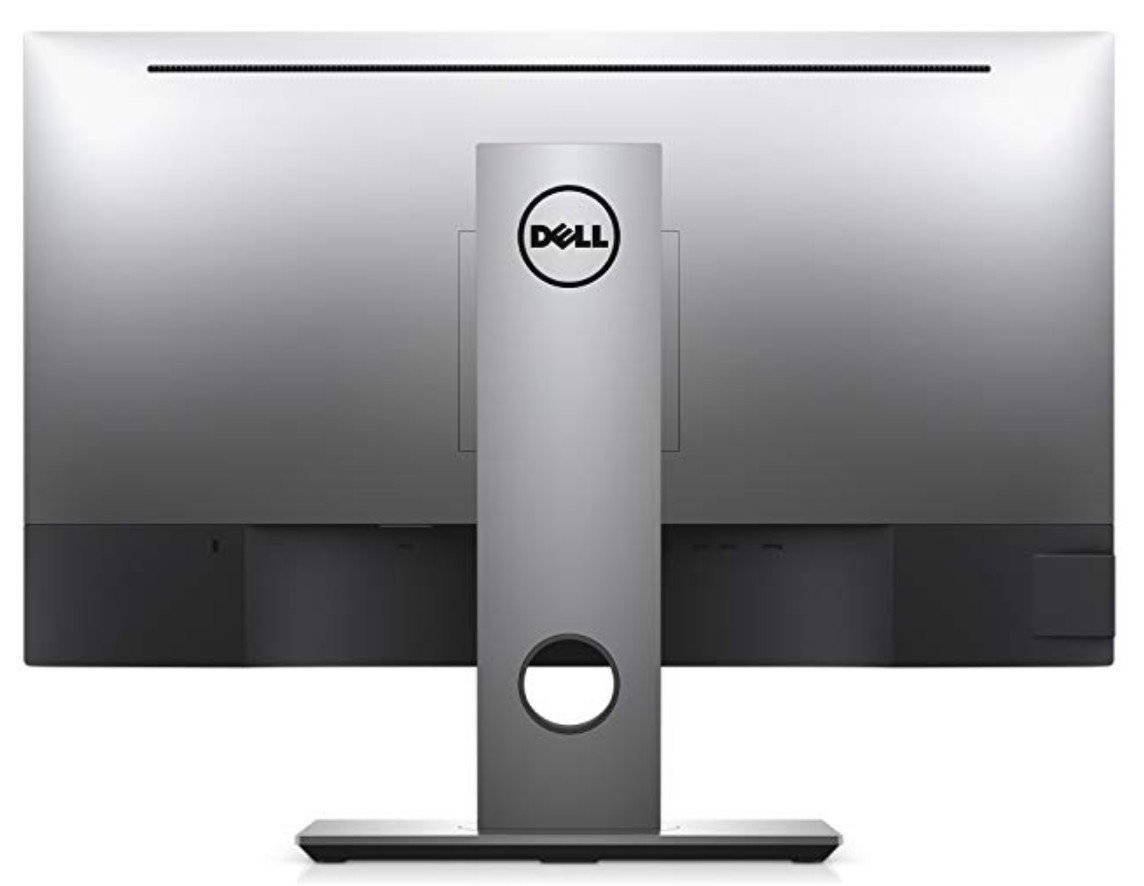 With the monitors elegant and ergonomic design, you’ll have the capability of adjusting the monitor to your convenience.

Also, the stand is similar to the other Dell monitor series. The stand has a square base foundation so that the monitor won’t wobble around the place.

Furthermore, the stand is ergonomic by design, so you’ll be able to tilt, swivel, rotate, and change the height accordingly.

Also, you’ll be able to install a 100mmx100mm VESA mount to the Dell monitor.

Aside with the VESA mount, the display has a thin bezel design, which goes along well with the screen. With slim bezels, you won’t get distracted from your gaming and multimedia experiences.

Having a thin bezel design to the display, you’ll be able to attach multiple monitors by its side with ease quickly.

Overall, the monitor’s built has a matte plastic design to it and goes along very well with the stand and design in general.

Along with an aesthetic design, the monitor has an easy to use OSD (On Screen Display) buttons located on the right-hand side of the display.

Also, the OSD will give you seven image presets that you can use. And you can save your own presets as well.

Furthermore, you can use the USB port as a KVM and use a mouse and keyboard to control two systems. This will save you from all the extra wires and clutter and will give you the extra room you need. 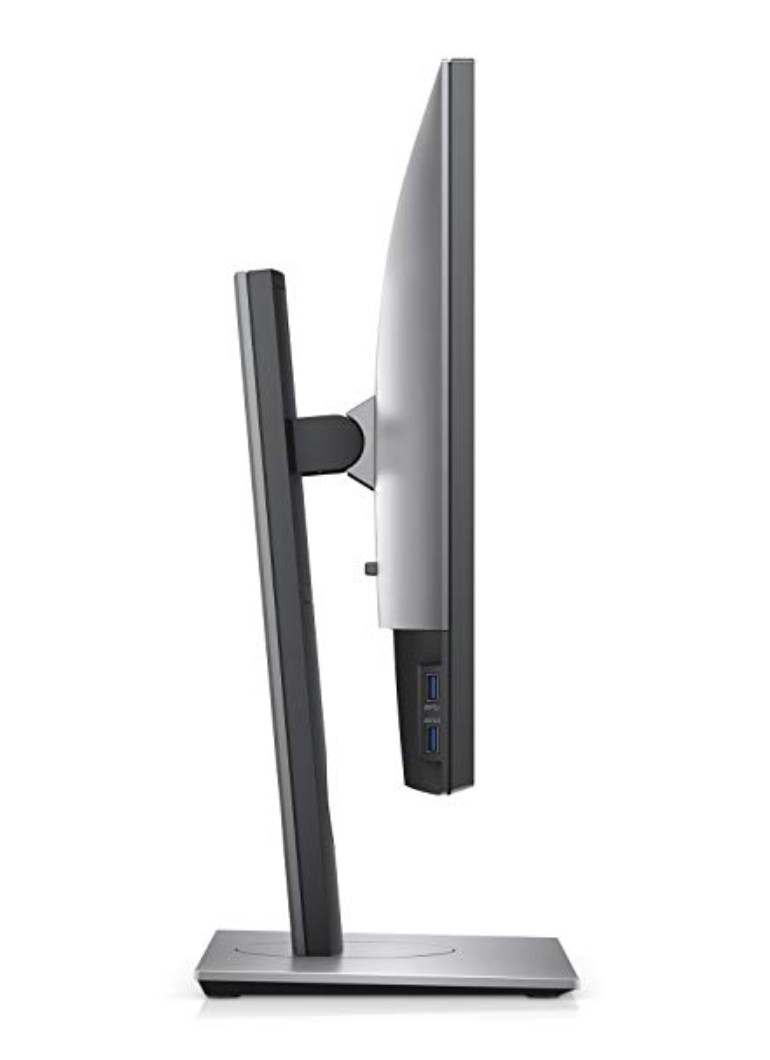 The Dell U2718Q has accurate colors and has a rapid pixel response.

However, the U2718Q is not the fastest monitor out there because it’s an IPS panel which puts a lot of emphasis in image clarity, color depth, and quality.

With HDR enabled, you’ll see a different look to the display and the images it presents. In contrast, with HDR on, you’ll be able to see the darkest darks and HDR will give you more color clarity as well, which is essential if you’re a graphic designer or a video editor. Overall the HDR looks impressive. However, HDR technology is still quite new so that you won’t be using the HDR feature as much.

In addition, when looking at the display from different angles, you will still see consistent images and won’t see the screen fade, thanks to the monitor being an IPS panel. Also, Dell states that the monitor is capable of 178 degrees of viewing angle, horizontally and vertically as well.

Also, the monitor has a great native response time, which means you’ll be able to watch fast-paced action scenes and enjoy fast-paced gaming without any issues.

However, you’ll see a bit of ghosting and trails from fast-paced scenes because of the monitors 60 Hz refresh rate.

Besides, the monitor runs a 60 Hz refresh rate and does not support AMD FreeSync nor Nvidia’s G-Sync.

So if you’re a competitive gamer, then you won’t get the full benefits of a full gaming monitor.

But if you’re a casual gamer who’s willing to play games on 4K, then you’ll need a super powerful graphics card.

In conclusion, the Dell U2718Q monitor does have an elegant look to it with the performance to back it up.

Also, you’ll be able to use the extra screen real estate as well, which is very useful if you have multiple projects and windows open simultaneously.

The monitor also has the extra brightness and very accurate colors, which is very useful if you’re a producer, artist, or even a photographer.

Also the display works very well with gaming consoles such as the PS4 and XBOX.

But if you’re a competitive gamer, then you’ll need to go with the fast TN panels which will give you the slight edge.

Overall, the Dell U2718Q is a superb IPS panel and will give you the right accurate colors and images for content creation and production.

You may also want to check out the Samsung Odyssey G7 monitor, or the Alienware AW2521HF display.