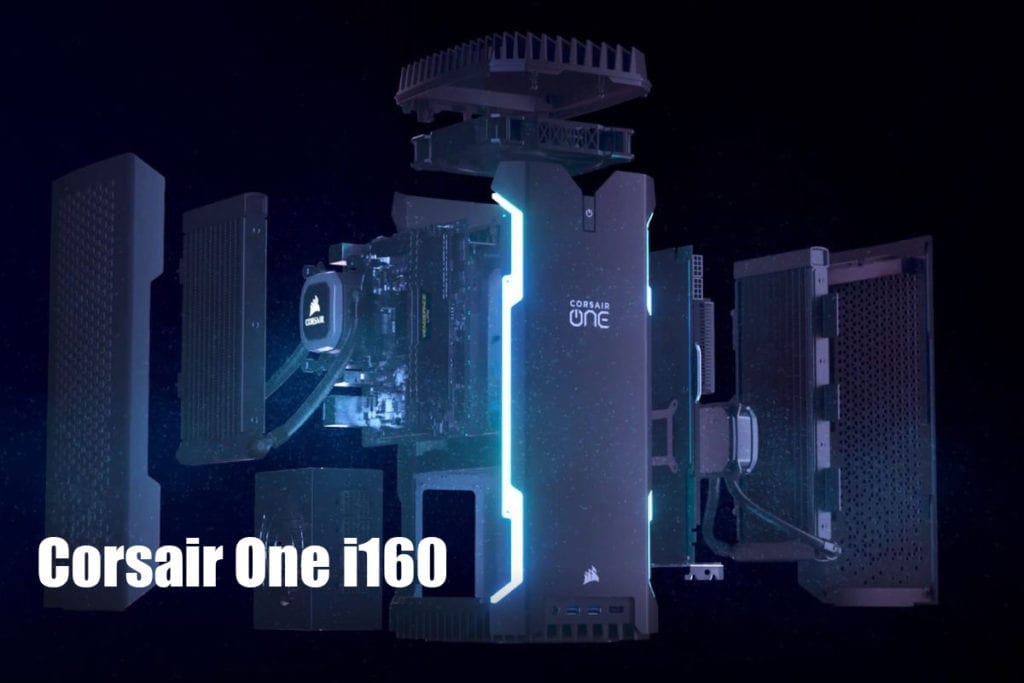 However, due to its unbelievably expensive price tags, it’s quite high for the majorities budget. But you’ll get the most top of the line PC gaming desktop rig there is in the market.

The i160 is an overpowered machine that can run probably about everything you throw at it. However, the kinds of programs that may need full computing power maybe if you’re doing some high intensive video editing and graphic designing.

The Corsair One can play games in AAA and settings on max without any performance issues dropping. Thanks to its state of the art hardware, you’ll be able to play the most up to date games with perfect frame rates and in max settings.

Corsair is well known for its range of hardware and memories. The Corsair i160 is another state of the art product that they’ve built, and its design is aesthetic. 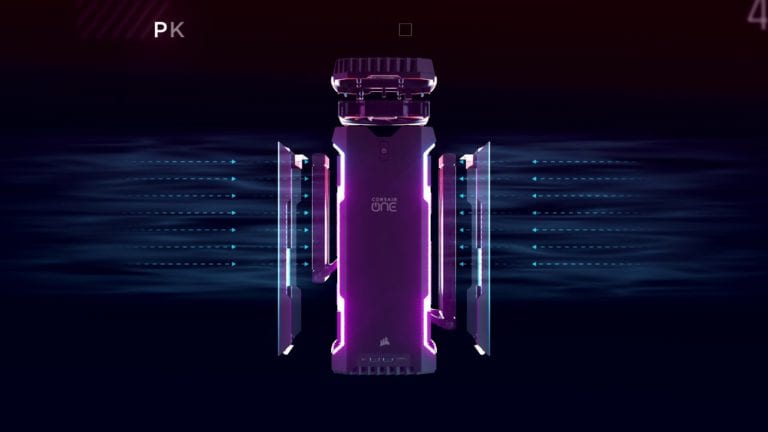 The design of the One i160’s case is aesthetic and contains a lot of features into it. The chassis of the Corsair is unique.

On the bottom of the case, you’ll find a headphone and mic jack with two USB 3.1 ports, and an HDMI 2.0 port. You’ll also have USB-A ports in case if you wanted to go VR.

In regards to airflow, thanks to its diamond-cut pattern for airflow, which allows the air on the top of the case get pulled down and out through the vents.

One thing about the i130 is the liquid cooling it has for the components such as liquid cooling for the graphics card, which is great if you’re ever planning on overclocking.

Opening the i160 merely is easy, and the design itself is made for you to have the convenience of accessing the system with ease, in case if you ever need to make upgrades to it. The traditional black case design looks great, however, you can always upgrade to the all-white case if you need to.

It may be a bit complicated at first, however, with just one push of a button you’ll be able to get access to the motherboard.

And you’ll also have to unscrew the four black screws located on the side of the panel. And once you’ve opened up the panel, you’ll have access to everything.

The One i160 is a bit smaller compared to the One’s in the past, and it’s a bit quieter as well

With an expensive price tag, you’ll get top speed, performance, and quality. It is paired with the latest tech such as the Intel Core i9, with the GeForce RTX 2080 Ti, and you nothing but outstanding performances.

The i160 can handle anything that is thrown at it. You’ll be able to game on max settings with AAA turned on, with a 144Hz monitor, plus with 4K and you’ll still get perfect frame rates, and you won’t slow down one bit.

Games such as Star Wars Battlefront II, or Battlefield V, all run perfectly at 4K resolutions, all settings maxed out, and you’ll still have a perfect 60 frame rates per second.

If you reduce it down to 1440p, you’ll be able to reach 100 frames per second, for most if not, all of the current games, which is excellent.

So the bottom line is, the i160 can run all games on max with a 4K resolution you’ll be able to run smooth and frame rates 60 and above for most current games. 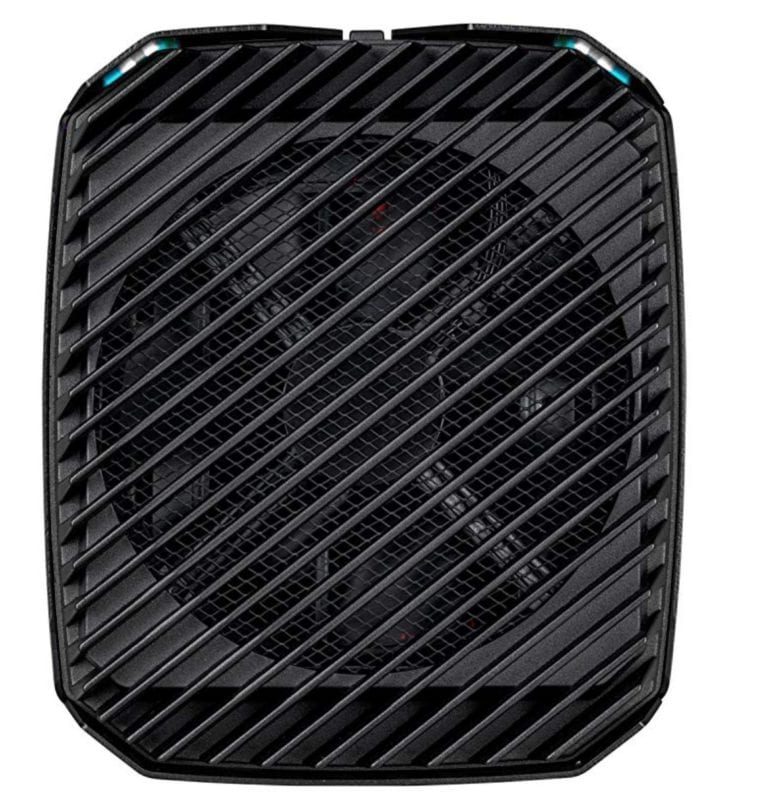 The primary cooling is from the fan located at the top of the case. The top cooling vent is made up of metal grills. Thanks to its design, sufficient airflow is flown through the case efficiently.

For the RGB lighting fanatics, no worries. You’ll get RGB lighting that goes along great when you’re gaming In dark environments.

You’ll be able to game while having an aesthetically looking machine with cool RGB lighting. However, in terms of RGB lighting, you’ll only be able to pick a few color selections.

However, you’ll be able to upgrade more in the future if you plan on adding more components.

The Corsair i130 is a bit too expensive; however, if you want an overpowered machine, the i130 is it. You’ll be able to throw anything at it, and the computer won’t slow down. It’ll remain operating smooth and quick.

It’s a fantastic gaming rig to have, and you won’t have to upgrade for a few years. If you’re not about the PC customization life and you want a pre made powerful machine, and you’re willing to spend three grand on a state of the art machine, then the Corsair i130 is it.

6 thoughts on “Corsair One i160 Reviews”