If you’re out in the market looking for the best cheap gaming PCs for 2019 for under $1,000, then look no further. Having a great gaming rig is essential if you want to max out your gaming experience and needs.

Having a high performing gaming desktop that’s affordable is great if you’re looking to save money on the side and yet have a powerful gaming machine right beside you, and you’ll also have 1080P resolution with a great built.

The reality is that you can certainly find a pre-made gaming desktop or build your own for under $1,000. And you can also add VR into your list as well and won’t go over a thousand dollars. With around $500 to $700, you can build a VR ready PC gaming desktop with HTC Vive headset or the Oculus Rift.

In this following article, listed down are the best and cheapest components that you can build together under for $1,000. In the list, you’ll see the details of all the parts and the specifications that you can piece together for you to build your gaming rig.

Hopefully, this guide will provide you some insights and help you make an educated decision as to your purchase.

But first, we’ll jump into the pre-built gaming rigs that you can get while saving money at the same time.

With this setup, you’ll be able to buy a mid-range gaming desktop for $800. 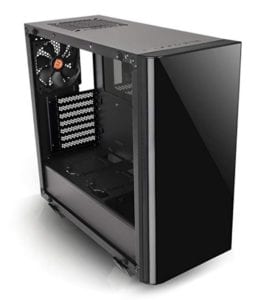 You’ll be able to have a VR ready machine as well, which can also give you 1080P to 1440P which is incredible.

Thanks to its 2nd generation AMD Ryzen CPU and an RX 590 8GB GPU, you’ll be able to game around medium to high settings.

If you want to get to get into VR, you definitely can, and you’ll be able to run HTC Vive or Oculus Rift as well, with this current build.092387

If you pair this $800 gaming desktop with a 144Hz gaming monitor with FreeSync, you’ll be able to game high competitive games such as Fortnite.

Having a 240GB SSD will also get your machine up to speed. It also offers you fast read and write-speeds, compared to HDD’s. You’ll be able to have enough storage to store multimedia. And you’ll also have a backup HDD worth of 1TB of storage which is plenty.

A $700 gaming rig that can run games on mid to high settings is impressive for its price. You’ll be able to save a lot of money while having the components to game with excellent performance. 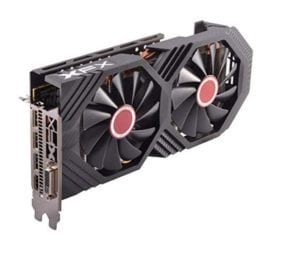 With a memory of 16GB of DDR, you’ll have faster loading times, and a fast budgeted desktop overall.

You’ll also be able to have a VR ready machine that is capable of operating the HTC Vive or the Oculus Rift if you’re into the VR world.

Thanks to its micro-ATX Thermaltake Versa H15 case, you’ll save room in your living space and have an aesthetically looking machine. And you’ll save money as well because the case will only be around $40.

However, being a micro-ATX, you may be limited to future upgrades due to its small size.

With a 225GB SSD, with a 1TB HDD acting as a backup drive, you’ll be able to have faster gaming, loading times and boot times, they’ll all be that much faster.

Equip this desktop with a 1090P 144Hz monitor, and you’ll have a high performing gaming rig. And you’ll be able to run games at 1440P with ease.

With a $600 budget, you can definitely build a high performing mid-range PC gaming rig. 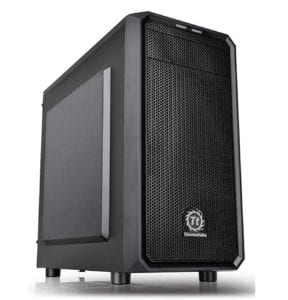 However, you won’t be able to game in max settings with a 1440P 144Hz monitor. But you can run popular games such as Fortnite without any performance issues.

Equipped with an Intel Core i3 8100, and with an RX 580GB, plus a memory worth of 8GB DDR4 RAM, you’ll still be able to get fast and solid gameplay.

Alongside with an HDD worth 1TB of space, you’ll have plenty of room for multimedia and storage. If you do have the extra budget, you can also add a 250GB of SSD in there.

With this type of set-up, and an XFX RX 580 8GB graphics card, you’ll be able to run VR with the HTC Vive or the Oculus Rift.

In conclusion, with a $600 PC built, you’ll be able to game with this type of set-up for years without having to upgrade.

If you’re tight on the budget, then you’ll still be able to game with great performances with a desktop that’s under $500. 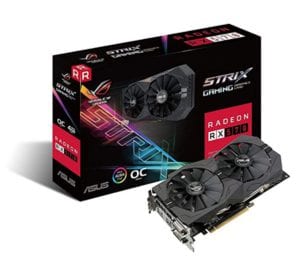 A $500 PC built will give you an equivalent of a thousand dollar gaming machine. Equipped with an Intel Core i3-8100 processor, with an ASUS RX 570 4GB graphics card, and 8GB DDR4 RAM, you’ll still be able to pull off solid gaming performances.

You’ll also be able to play most games on 1440P with medium to high settings as well, without any performance issues.

With these components and combined with a  1080P monitor, you’ll be able to game with max settings with ease.

With this setup worth of $400, you won’t go wrong with this. If you’re thinking of putting in thousands of dollars to get solid gaming performances, think again! 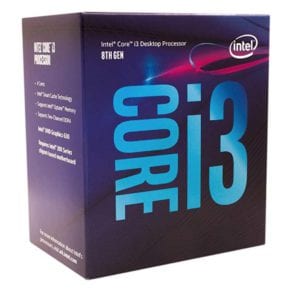 This $400 build will still give you great performances without any gameplay issues. If you’re a casual gamer or if you want to purchase a cheap yet excellent performing computer, then this setup would be ideal for you.

With this build of the Intel Core i3-8100 processor, with an ASUS RX 570 4GB graphics card, and a memory worth of 8GB DDR4, you’ll have a fast operating computer with high, solid gameplay performances.

Remember, the processor and graphics card will ultimately determine how your gaming experience will be like, including with an average to high memory.

If you want to add in a few bucks, you can invest in a larger HDD worth 1TB of storage or even better, an SSD of 256GB.

This current specification will let you game most games as of today all on high settings with a resolution of 1080P.

If you’re on a tight budget, then this $300 setup will give you speedy performances. However, you’ll be using an integrated graphics card.

However, if you’re a casual PC user or a student that needs to buy a PC, then this $300 build would be the right one for you.

The Rryzen’s integrated graphics card will let you run most current games as of today. However, if you do decide to go with a dedicated graphics card, then you also may have to upgrade your power supply as well.

Thanks to the 1TB HDD, you’ll still be able to have ample storage for your multimedia and files.

If gaming is not an issue for you and you need to build a cheap system, then this will be ideal for you.

If you’re looking to build a gaming PC or want to invest in a cheap, workable PC, then this short buyers guide will be for you. In the list, you’ll be able to pick out the important parts when it comes to building a new PC.

What Are The Essential Components When Building A New PC?

Okay, in the following list, we’ll jump into the essentials and what each component does.

Processor: The processor, also known as the CPU, will be the heart and the brain of your computer. The CPU is responsible for making all the calculations and handles the majority of the workload. With a fast processor, you’ll also have fast performances. However, if you’re a gaming enthusiast, you’ll need to rely on a quick video card, and of course a mix of a fast processor.

Video Card: The video card or the GPU, is responsible for all graphics related tasks. It’s similar to the CPU; however, its main priority is to handle the graphical portion of any task. If you’re not looking to invest in a graphics card, then you’ll have the integrated graphics, which is located in the processor itself. However, if you’re a gaming enthusiast, then be sure to invest in a graphics card.

Memory: Having a right decent amount of memory is ideal if you want a fast operating PC. A good amount would be around 8GB to 16GB of RAM. Nowadays, DDR4 RAMs are the most current type of memory that you can purchase. 8GB of RAM is fast enough, however, if you are a hardcore gamer, and you also run a lot of editing software in the background, or you have ten other applications running at the same time while you’re gaming in max settings, then having 16GB of RAM would be the ideal for you.

Power Supply: Having a high power supply (PSU), is ideal when running a high performing gaming PC. Remember that not all PSU’s are created equal. Be sure to check the brand quality and the watts. An ideal PSU with a mid to high range PC is around 600 to 800 watts of power.

Storage: You’ll be able to choose two types of internal storages: the HDD or the SSD (Solid State Drives). The difference between the two is that HDD has a lot of moving mechanical parts in it and have larger storage capacities. While the SSD has zero moving parts, SSD’s are a lot faster than traditional HDD’s. SSD’s will significantly speed up loading times as well. Most gamer enthusiasts will combine both the SSD and the HDD so they can have both a larger storage file and faster loading times.

OS: The OS (Operating System) will be the software where it gives life to all of your components. Windows 10, Linux to Mac OS are operating systems. However, I would stick with Windows as your operating system because it plays the majority of PC games (95% to 99%) as of today.

Hopefully, this guide ofhas helped you make an educated decision on which PC build is ideal for you. Having a perfect PC build that matches your style and preference is what is all about