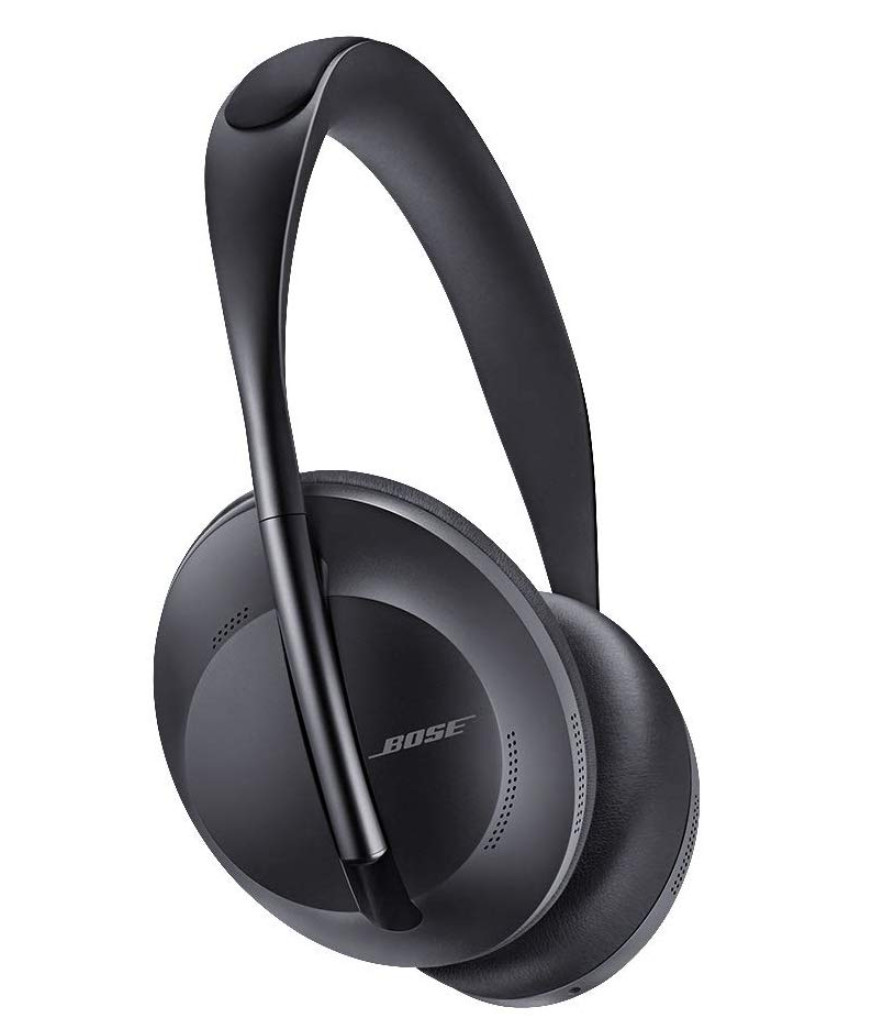 The Bose 700 headphones are another state of the art masterpieces that Bose has developed.

Additionally, it looks aesthetically nice, and the design screams high quality and performance.

If you’re looking for quality performance and design, then the Bose 700 may be it.

So before investing in the Bose 700 headphones, let’s jump into some of its design, performance, and features. 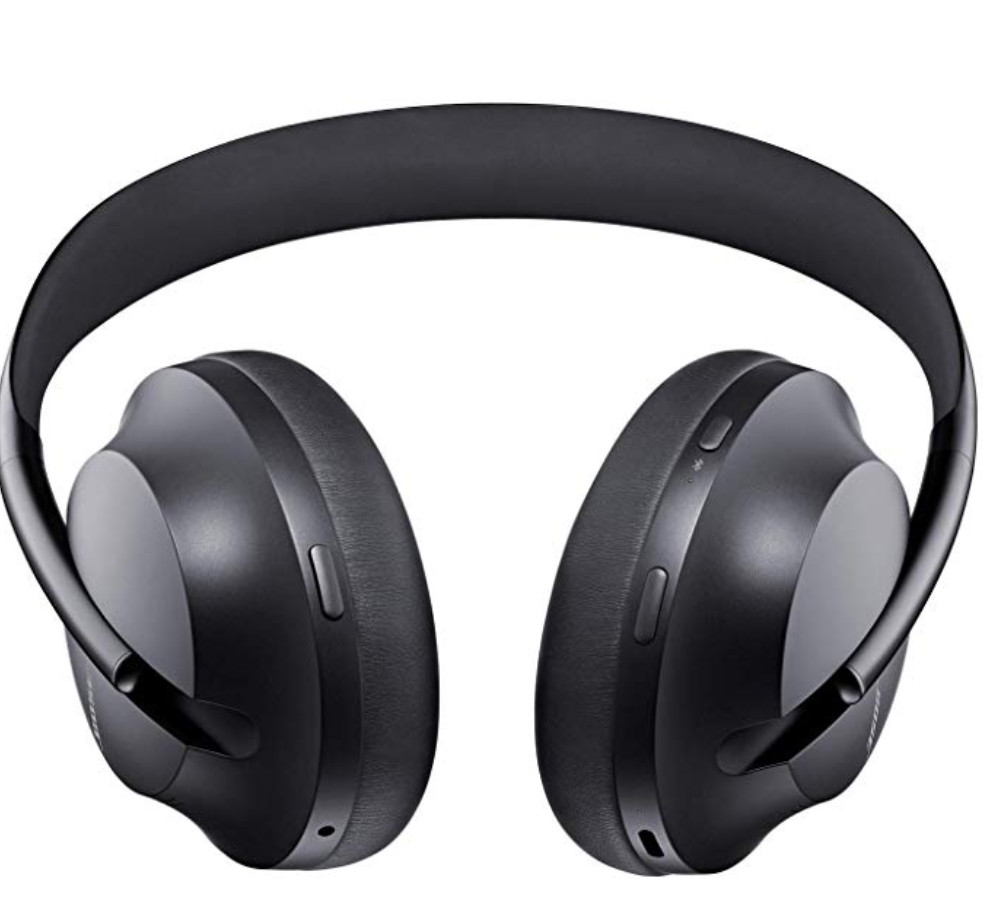 The Bose 700’s look excellent thanks to its matte-black design to the overall look to it.

Additionally, you’ll find that the bands are made up of high-quality metal design, making the Bose 700’s look elegant.

And the added overall matte-black texture adds to the sleek look.

Also, the ear cups are made up of quality plastic material, which felt durable and great to touch.

Additionally, the ear cups do fold back if you’re ready to store them away in your Bose case that comes with the Bose 700, which the case is very durable and made storing the headphones convenient as well.

Alongside an excellent quality build, when wearing the Bose 700’s, it felt very comfortable, thanks to its beautiful soft ear pads, which felt very smooth. And the overall architectural design to the headphone made the Bose 700’s comfortable, even using them for prolonged hours.

The Bose 700 is some of the best wireless headphones for working out due to its comfort and stable wearability.

However, after an hour of use, the ears started to heat up a bit, but the comfort factor remained consistent throughout the wear, so the heating was no issue at.

Compared to the Bose QC 35 ii’s, in terms of comfort, the QC 35 ii’s win on wearability. But the Bose 700’s stood it’s ground in the comfort category as well. 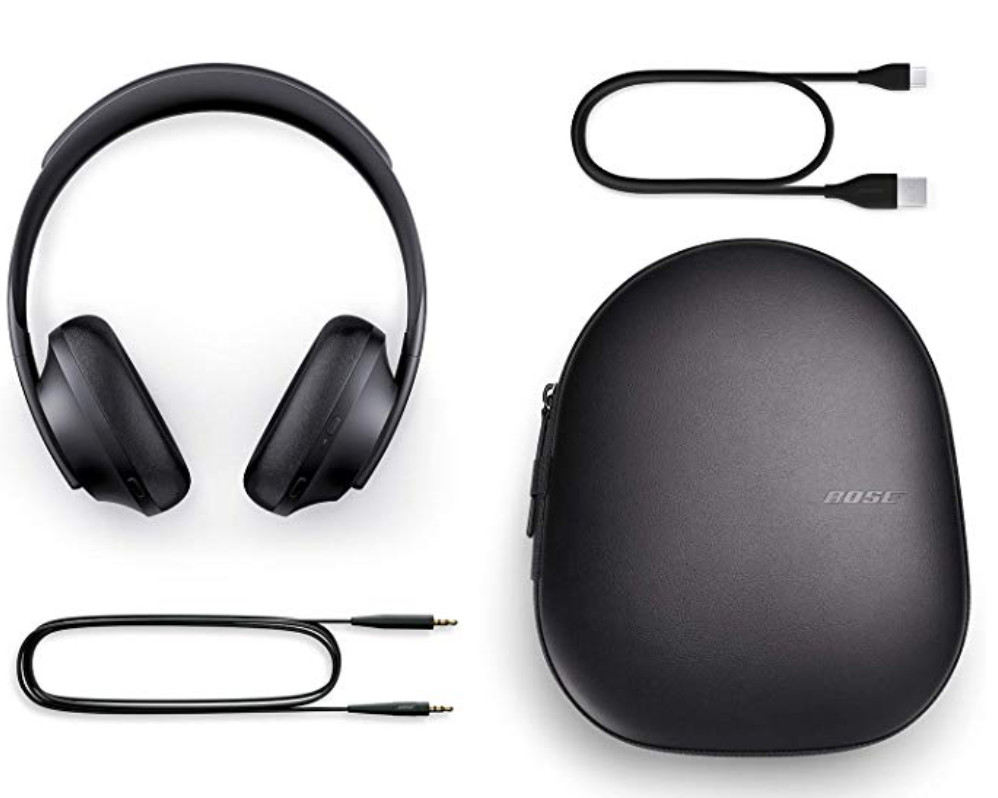 In terms of control use, Bose 700’s uses touch motiosensors and is very convenient and easy to control the headphones’ settings and control the volumes.

With motion sensor, located on the right ear cup, you’ll be able to swipe back and forward to change the music and tracks.

You’ll be able to swipe up and down to change the headphones volume.

And you can double-tap the earpiece to pause the music or track. The whole motion sensor worked great and is very convenient if you’re ever doing lots of busy activities throughout the day.

When holding on to the right ear cup, you’ll be able to know what the status is for the Bose 700’s battery life, which is fantastic if you ever need to check for it.

Also, in terms of battery life, a fifteen-minute charge from a zero percent battery can give the Bose 700 around three hours of battery life. And a full charge will take two hours, which will provide you with twenty hours of headphone battery.

The physical buttons can be found on the left side of the ear cup, which consists of features such as Google Assistance, Alexa, noise cancelation, an audio jack, and a USB-C port as well.

The Google Assistance which works alright, because sometimes it may load for long periods before you get an answer from Google and Alexa.

In terms of noise cancelation, you’ll be able to toggle this feature through the use of a physical button, which as pretty sensitive, making it a convenience to change the settings.

What’s very cool is that the Bose 700’s have the auto on and off feature, which the headphones automatically detect if you’re wearing them or not. If you’re not wearing them, it’ll automatically turn off and vice versa.

However, you won’t have the option of turning off the auto on and off feature for some reason, but this shouldn’t be any significant issue.

Also, battery life was great as well. While the active noise canceling feature was on, the headphones lasted around twenty-hours of use.

The Bose 700 does use the latest BlueTooth 5.0, which is incredible for max coverage, and the headphones didn’t have any issues in terms of lag times nor delays, all connections remained consistently stabled and had excellent range coverage.

Also, you’ll be able to connect the Bose 700 to two multiple devices, such as your mobile or your laptop, which is very useful if you have to do various projects simultaneously.

The Bose 700 app is easy to use and has a user-friendly interface. But had a bit of trouble when using the app to connect to the Bose 700, and had to try a few times until the app finally synced with the headphones.

In terms of sound performance, the sound was crisp and high quality, with lots of basses to give you all the immersion that you need. The Bose 700’s can also be one of the best wireless headphones for gaming as well due to its quality sound performance.

Overall the receiver will receive your voice clearly without any noise interruptions.

Overall the Bose 700 is up there with the competition. But is it better than Sony’s M3? Not quite yet, but the Bose 700 did great holding its ground.

And the noticeable improvements of the Bose 700 compared to the Bose QC 35 ii’s were excellent in terms of sound performance, and features, making the Bose 700 the best wireless headphones for music and gaming altogether.

You can check out some of the best active noise canceling headphones, such as the Sennheiser PXC 550’s and the Sony WH 1000XM3 headphones.

If you’re out in the market for new headphones, then the Bose 700’s would be the ones for you.