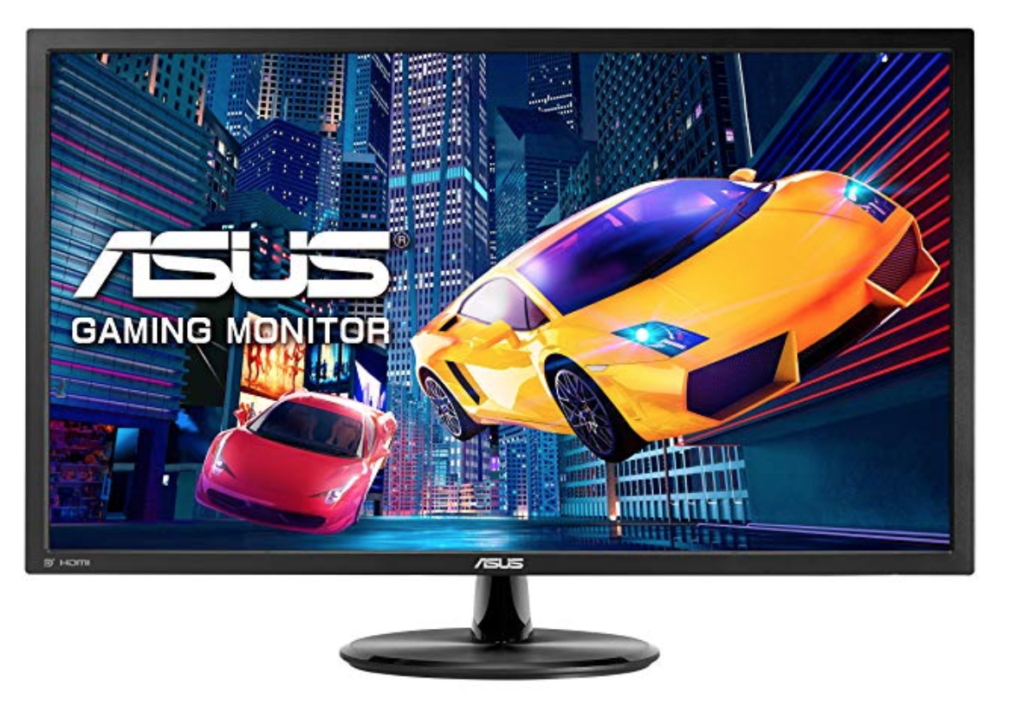 To begin with, Asus is a very reputable and superb company that delivers promising products such as monitors, motherboards, and other excellent PC hardware.

And if you’re looking for a gaming monitor that you can enjoy for months in the future, then the Asus VP28UQG is it.

Similar to other high performing monitors, this TN panel will give you the gaming goodness that you’ll need and to immerse yourself with.

So, if you’re looking for a monitor that you can get fully absorbed yourself into, then you may have to look into the Asus VP28UQG.

Furthermore, the VP28UQG looks promising, so let’s jump into the monitors’ design, performance, and the features that it has to offer you. 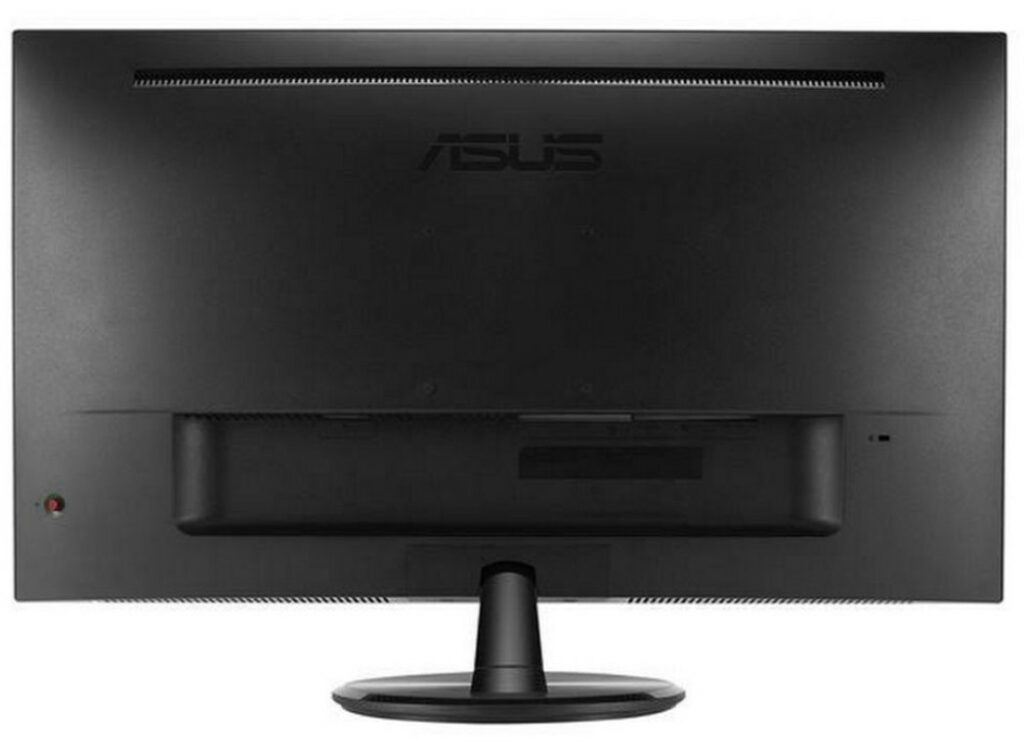 The Asus VP28UQG has a beautiful design to it. With a simple design, you’ll be able to have an elegant monitor to add to your office or room. With its matte black finish to the display, you’ll have a sleek and smooth monitor to adore.

With the simple and aesthetic design, the display measures 28-inches and should give you enough screen real estate to have multiple windows and projects open. You’ll be able to immerse yourself with the 28-inch display size easily.

Aside from the measurement, the VP28UQG also uses a 5-way joystick for the OSD panel, located in the back of the monitor.

With the OSD panel, you’ll be able to choose the game enhancement option as well.

With the game enhancement features, you’ll be able to select four presets, the Crosshair Overlay, FPS Counter, Timer and Display Alignment, which are helpful for in-game use and should serve useful to you.

Furthermore, the stock stand that the monitor comes with will only let you tilt the monitor -5 to 20 degrees. So you won’t be able to swivel, pivot, or make a heigh adjustments like the other gaming monitors. And the stand has a round design as its foundation and looks pretty simple in design. But if you don’t like the design of the stands, you can swap it out for a custom stand.

Along with VESA mounting and the stand, the monitor does include two HDMI 2.0 ports, one Display Port, and an audio jack to plug in your headphones and immerse yourself in the gaming and multimedia environment.

In addition to the various ports, if you would like to plug in your PS4 or your Xbox One, then you can. You can plug in two consoles simultaneously as well. And you’ll be able to take your console gaming to a whole different level with the VP28UQG display.

The Asus VP28UQG has a fast 1ms response time and an input lag below of 10ms, which is excellent. Furthermore, the rapid response time gives is excellent for fast-paced action scenes because you’ll get no ghosting, and the fast response time will provide you with smoother gameplay overall.

Aside with smoother gameplay, the Asus VP28UQG is a TN panel, so it’s not too good on the colors and contrast. However, you can still get by. But with the TN panel, you’ll have the fastest display. However, when viewing the VP28UQG in different angles, you’ll see some of the coloring and images fade out. But this shouldn’t be a problem if you’re too critical viewing the monitor from different angles.

The TN panels are some of the fastest ones out of both the VA and IPS panels. So if you’re going for image quality and color depth, then you’ll have to go for the IPS panel. IPS panels are great for image depth and quality but slow out of the three panels. And if you’re going for both worlds and a middle ground of a fast, responsive display and color depth, then the VA panel should be ideal for you.

Also, the Asus VP28UQG is decent with coloring and contrast. However, if you’re a photographer, editor, or a graphics designer you should go with IPS panels instead, because they’ll give you the color vibrancy and depth, along with more significant contrasts.

But if you’re a gamer, then stick with this TN panel, since it prioritizes speed over quality.

With a resolution of 3840×2160 4K UHD, you’ll be able to get total immersion within the display. Furthermore, the monitor will deliver you crisp and detailed images and graphics. Thanks to its 157PPI pixel density, you get very detailed graphics.

Furthermore, you’ll be able to use FreeSync or G-Sync as well, which will give you no screen tearing, nor graphics lag. The FreeSync works by syncing both the monitor to the GPU card and using the GPU’s frame rates and thus giving you smoother liquid-like gaming. SO when it comes to fast-paced action scenes, you’ll have a smooth buttery-like graphics with no jitters involved.

If you do plan on gaming and working on the monitor for hours, you won’t have to worry about your eyes getting strained. Thanks to Asus’s Flicker-Free technology, you’ll be able to enjoy long sessions when using the display. Also, the monitor also comes with a G-Sync variant as well.

The Asus VP28UQG looks like a promising monitor. Considering its a TN panel with 60Hz of refresh rate, you’ll be able to game pretty well with this display.

Also, the VP28UQG is worth $50 less than the Acer XR382CQK, and both monitors have similarities, however for the Asus VP28UQG, you’ll be able to get best of both worlds of affordability and performance.

The display is some of the best gaming console monitors and works well for the PS4 and X-Box.

Overall the Asus VP28UQG monitor is pretty decent for gaming PC or console. But if you’re a competitive gamer, I suggest going for the 144Hz monitors that have a 1ms response time.