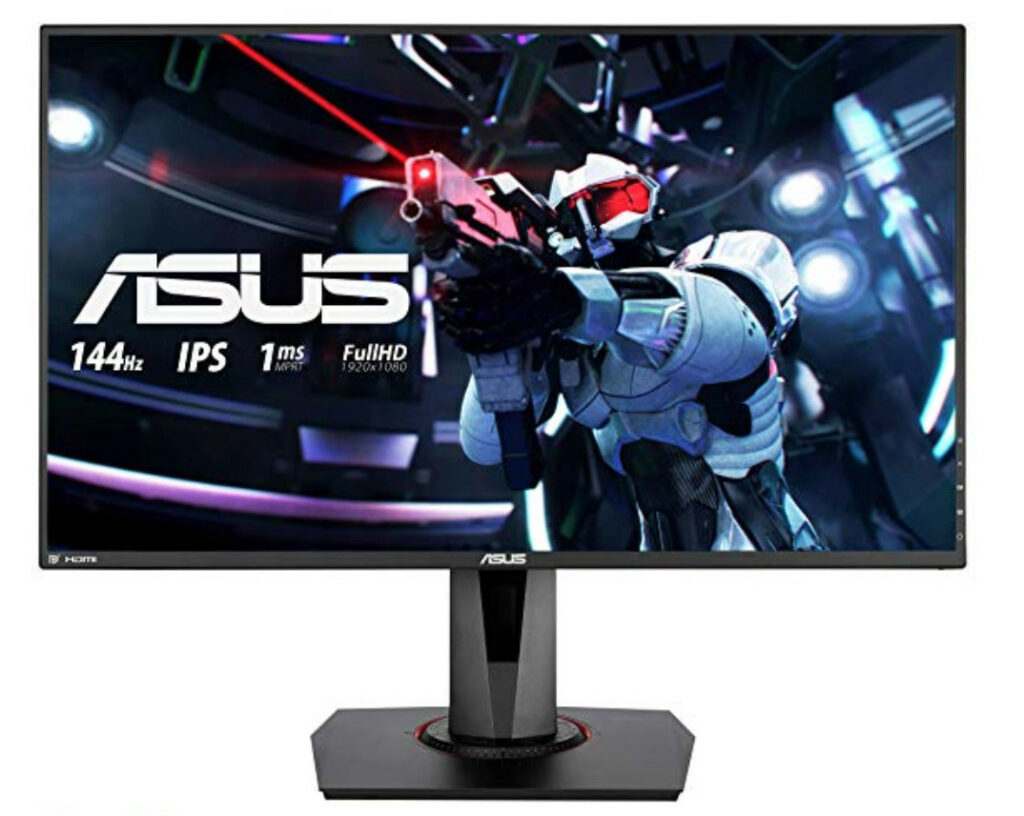 If you’re checking out a new gaming monitor to upgrade to, then you may want to check out the ASUS VG279Q display.

With its elegant and aesthetically pleasing design, the ASUS VG279Q will keep you hooked onto the monitor.

The IPS panel will provide you true life-like colors with added immersion, which is ideal for gaming and creatives alike, which is very important if you’re ever doing detailed projects.

Considering this is an IPS panel, you’ll be able to view the monitor at more full ranges and different angles.

Before getting the ASUS VG279Q monitor, let’s dive deep into the monitors’ specifications, design, performance, and features. 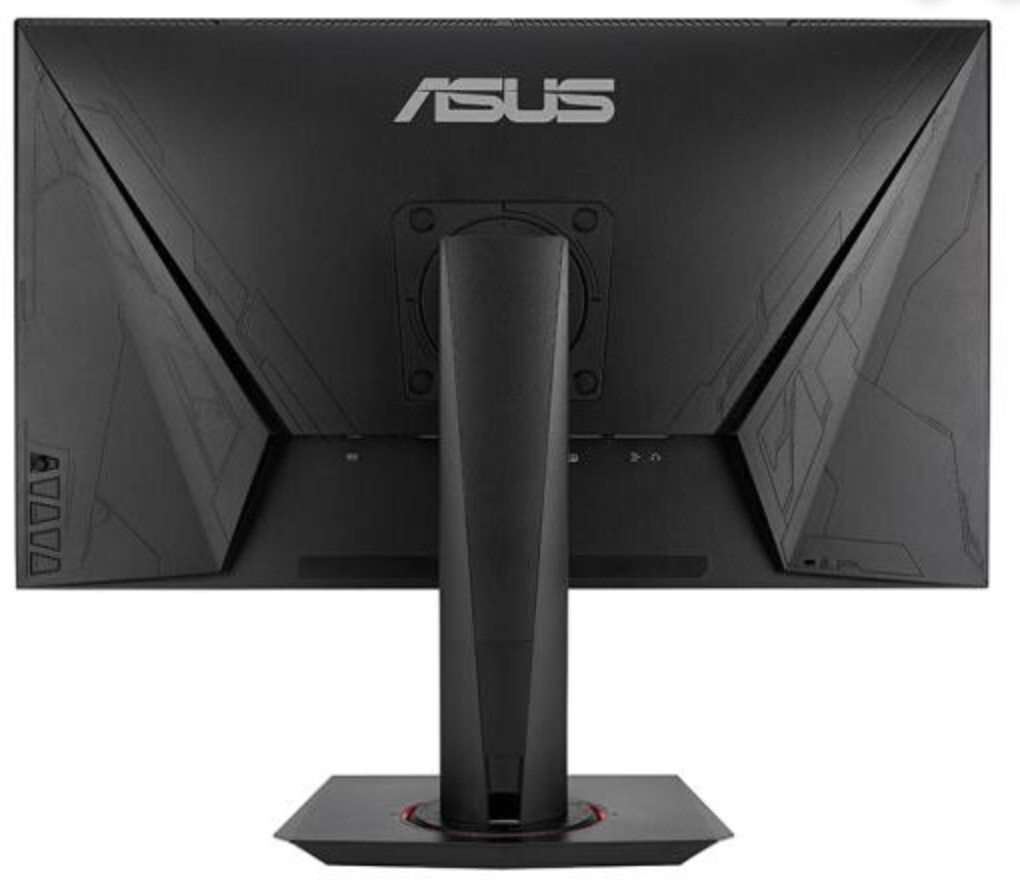 The ASUS VG279Q’s overall display has an aesthetically pleasing look to the entire frame.

With its beautiful black-matte design, the ASUS VG279Q also has an excellent quality texture made up of high-quality material to the monitor.

The rear display also has ventilation, which provides efficient airflow internally in the monitor.

Also, the bezels are very thin, about 10 mm in border size, which is thin enough; you won’t be able to notice the bezels; therefore, users will be able to have a more immersive experience.

Located in the side rear of the panel, you’ll find 4 OSD buttons, including a joystick for easy navigation.

Besides, the joystick is super convenient because it makes navigating through the OSD menu very easy. And the additional four OSD buttons are made for on-screen hotkeys as well, such as GameVisual hotkey and the GamePlus hotkey, which are some of the pre-sets for specific gaming genres.

In the rear of the panel, you’ll also find the connectivity as well, which consists of one HDMI 1.4, one DisplayPort 1.2, one DVI-DL, and one 3.5mm Audio Jack.

The audiojack works perfectly fine, you’ll be able to plug in your headphones such as a Sennheiser PXC 550 headphone or a Bose 700.

You can also invest in an HDMI switch if you do plan on plugging in more electronic devices to the display, such as extra consoles, an SNES or other mobile electronics.

Also, the stock stand has an ergonomic design, which will provide users the ability to adjust the monitor, such as height, tilt, swivel, and pivot.

The monitor stand has a square-based shape as its foundation and is pretty much sturdy, and the display won’t wobble if you do happen to slightly nudge the screen.

However, if you’re not entirely with the stock stand, you’ll be able to opt-in for a 100x100mm VESA mount as well.

The display also comes with two built-in, 2-watt speakers both integrated within the monitor. The integrated speakers sound relatively good; however, you’re always better off with a pair of headphones or a set of dedicated speakers. 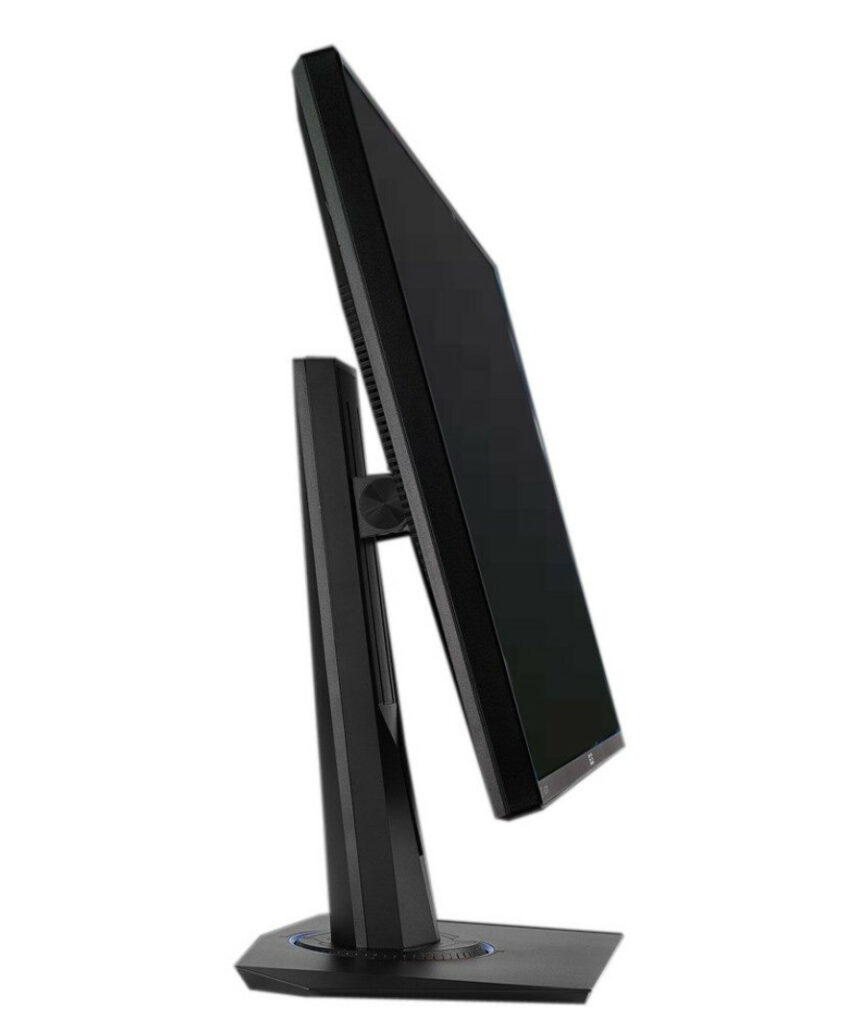 The ASUS VG279Q is a 27-inch display running a resolution of 1920×1080 FHD, with a refresh rate of 144Hz and a response time of 3ms, which is quite fast. These specs are fantastic for both casual and competitive gamers alike. Making this display great for console gaming as well, such as PS4 and XBOX.

If you’re coming from a 60Hz refresh rate monitor, then upgrading to a 144Hz display like the ASUS VG279Q, will be a 180-degree game changer. You’ll be able to notice the difference between the two refresh rates instantly.

Additionally, the display also has a contrast ratio of 1000:1 and a brightness level of 400cd/m^2. Considering these levels, users will be able to experience a wide range of grays and brightness.

The advantage of the ASUS VG279Q is that it’s an IPS monitor that gives users the best of both worlds of performance and picture quality, which is necessary for creatives, producers, and gamers alike.

When viewing the ASUS VG279Q display from different angles, the images and pictures remain consistent, and there was no image disappearance, nor picture fading present.

The ASUS VG279Q also allows users to max out their settings within the latest gaming titles and still maintain an overall high FPS.

Also, the ASUS VG279Q comes with FreeSync and is also G-Sync certified, which is awesome for Nvidia users. For Nvidia users, download the latest updated driver for your latest graphics card, and you’ll be able to use the sync feature with ease.

When FreeSync was on, the ASUS VG279Q performed great with no lag, and nor ghosting present. The display played buttery smooth, and we noticed positive significances when FreeSync was enabled.

With a high spectrum of color accuracy, the display lets producers work on specific projects, and photographers and graphic designers can also benefit from the color accuracy as well. 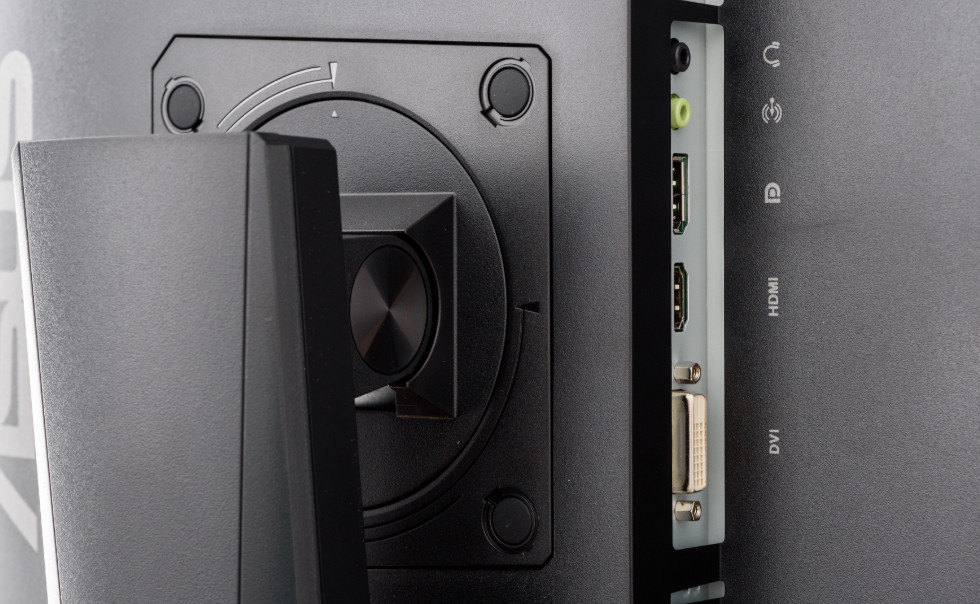 The ASUS VG279Q display is quite fast and performs excellently when gaming. Thanks to its 144Hz refresh rate and its 3ms response time, you’ll be able to game well without any issues.

You may have to calibrate the display before fully operating the monitor, but it’s relatively easy to do the calibrations straight from the box.

Overall the ASUS VG279Q is a beautifully build with an aesthetic design to the general framework.

The ASUS VG279Q display suits both producers and gamers alike due to its excellent color accuracy and a wide range of brightness and contrasts, necessary for some detailed work.

If you’re planning on upgrading to a decent monitor, with a fair amount of budget, then the ASUS VG279Q would be the perfect investment.

You May Want To Check Out…