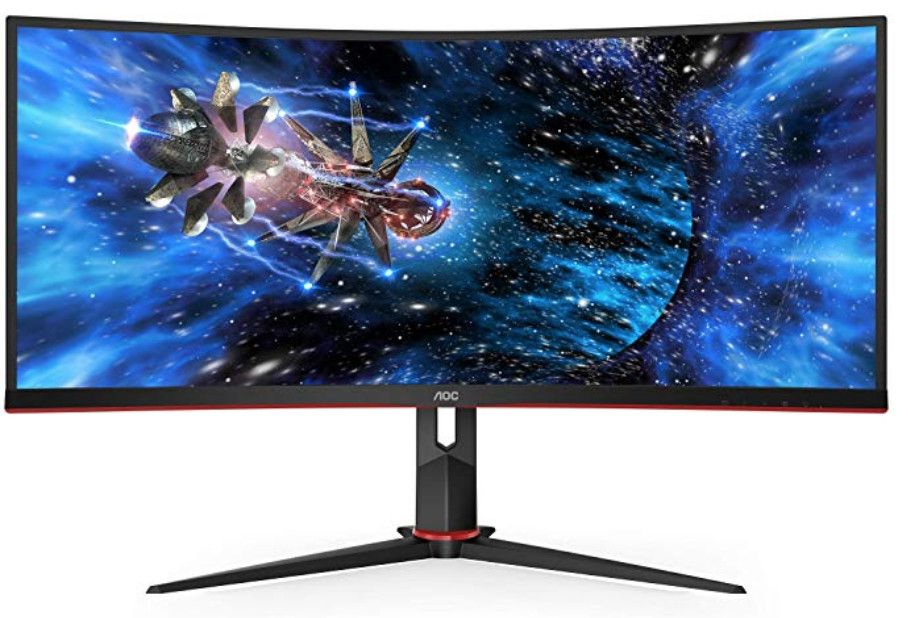 The AOC CU34G2X display is another state of the art gaming ultra-widescreen monitor that you may want to look into.

And with its high-quality design and elegant looks, it does pack the performance and also comes with excellent features.

The display is aesthetically pleasing by design, and behemoth of a monitor.

So before investing in the AOC CU34G2X display, let’s dive deep into the monitors’ design, performance, and features that it’ll provide you. 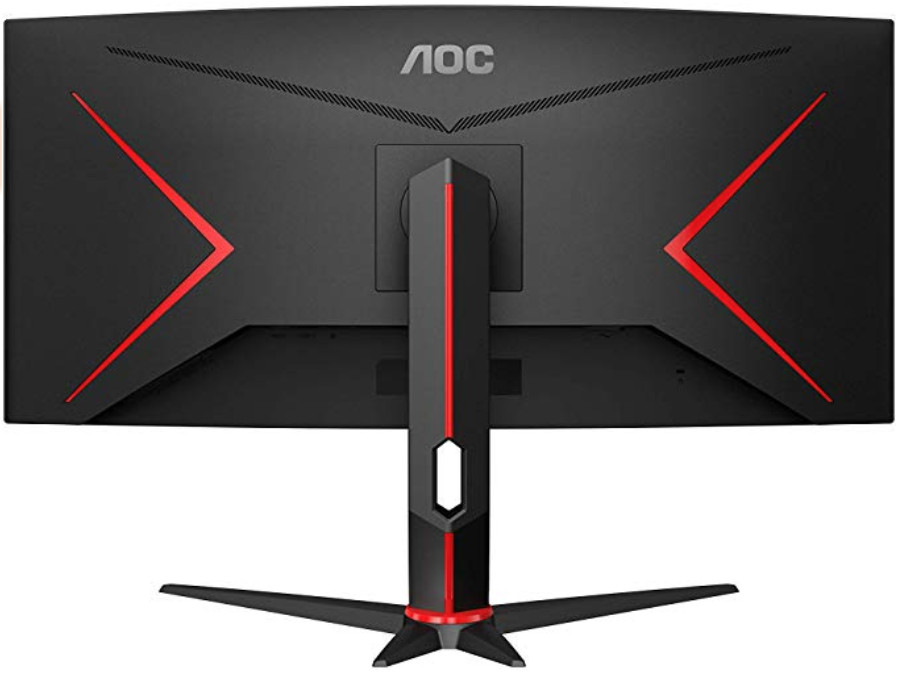 The AOC CU34G2X measures at 34-inches, with a 500R curvature design, it’s very easy to get immeshed in your multimedia experience.

This is an ultra-wide gaming monitor that will give you space and screen real estate to be able to have multiple windows and projects open.

The build quality is superb, and the materials feel durable. With a beautiful matte-black finish to the overall frame, it looks elegant, and you’ll be able to admire the AOC CU34G2X from a distance.

The display has really thin bezel designs and will give you more of an immersive feel when gaming or watching a movie on the AOC CU34G2X.

Additionally, the stand is quite durable, thanks to its V-shaped base serving the foundation of the display.

The default stand is ergonomically designed and will give you the option of adjusting the displays height, tilt, and swivel. However, the display doesn’t pivot, which is not a problem at all.

If you’re not satisfied with the stock stand, you’ll also be able to opt0in for a 100x100mm VESA mount, which allows the AOC CU34G2X to be more flexible in terms of movement and display positioning.

The OSD panel is located on the bottom right side of the monitors and consists of five buttons. However, the buttons are not easily that touch responsive, and you may have a bit of trouble pressing them when using them to navigate and configure the OSD menu with.

However, it would be super awesome if they implemented a joystick for navigational purposes, making it easier for you to control the OSD.

The connectivity panel is located in the rear of the panel, and you may have to tilt the monitor to make the connections. The connectivity consists of two DisplayPort 1.4, two HDMI 2.0, five USB 3.0, and one 3.5mm audio jack.

The AOC CU34G2X display doesn’t have built-in speakers, however, having a set of dedicated speakers or a pair of the best noise-canceling headphones such as the Sony WH 1000XM3’s or the Bose 700 headphones will get the job done. 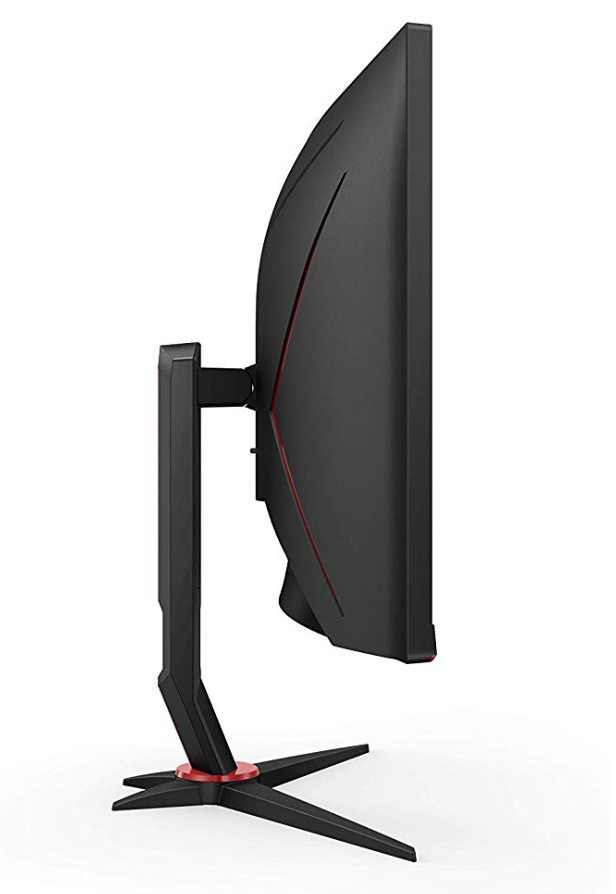 The AOC CU34G2X comes with FreeSync and will run well when turned on. During games, you’ll be able to experience smooth and buttery-like gameplays without any screen lag nor ghosting.

Also, the monitor is G-Sync certified, so if you do have an Nvidia graphics card, you’ll be able to use G-Sync with the AOC CU34G2X monitor. However, you may have to download a few drivers and updates through Nvidia’s website to fully utilize G-Sync.

The picture quality is excellent for a VA panel, its crisp and clear. With its contrast ratio of 3000:1, and a brightness level of 300 cd/m². When viewing images on display, image contrast appeared to be accurate with beautiful rich darks and brilliant lights.

Additionally, the sRGB coverage is at 89%, with Adobe RGB coverage at 61%, which is pretty great for gaming. Also, the brightness uniformity is pretty excellent, however, if you’re seeking a more professional grading monitor, then there are better choices out there.

Also, backlight bleeding wasn’t an issue and wasn’t very significant, this is normal for a VA panel and shouldn’t be any of concern.

In terms of color accuracy, it was pretty decent and hit with an average DeltaE of 2.30, which is pretty suitable for a VA panel gaming display.

And the AOC CU34G2X monitor isn’t recommended for video and color grading, due to its slight inaccuracy of colors. So if you’re an artist or a professional photo editor, then there are other monitors out there that will provide you the color vibrancy needed to get the job done.

HDR 10 is supported, and when turned on, the HDR settings were decent but nothing very spectacular at a significant level. You may benefit from HDR when gaming on consoles, though.

The AOC CU34G2X has an overdrive feature so that your games will run a lot smoother. However, when turning on overdrive to the highest setting, you’ll start to notice a few graphical artifacts on the screen and a bit of ghosting when viewing fast-paced action scenes.

Overall the AOC CU34G2X is an impressive behemoth of a monitor to have. If you’re a casual gamer, then playing games on the AOC CU34G2X will give you the smooth, crisp, and beautiful images.

The AOC CU34G2X is quite good, so if you do have an abundance of cash, by all means, you can grab one right away.