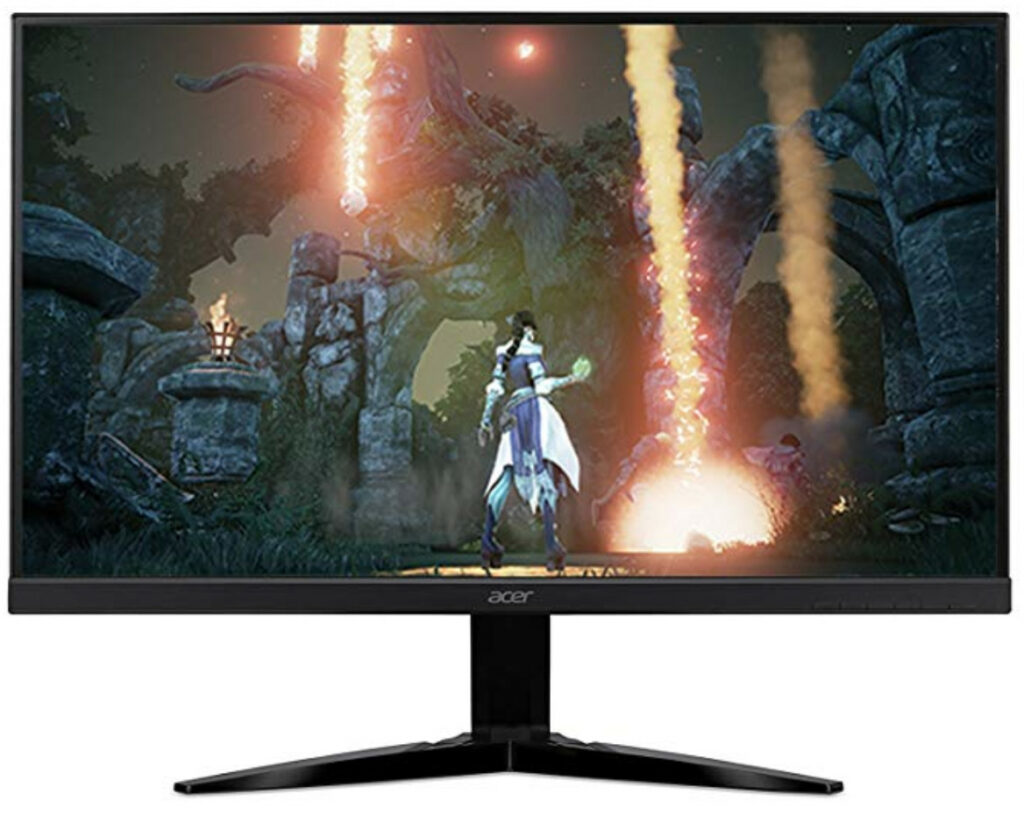 If you’re a hardcore gamer, then the Acer KG271 will be likely the ideal monitor that you can invest in. Let’s take a quick dive into the Acer KG271 review.

To begin with, Acer is a solid company that develops high-end devices. And one of their work of art is the KG271 display.

Being an older gaming monitor, the price range is still reasonable, and along with it comes with performance.

Furthermore, with the monitor being a 27-inch widescreen HD display, you’ll be able to get fully immersed in your gaming and multimedia moments and take your experiences to a whole new level.

But before investing in the Acer KG271, let’s jump into the displays performance, design, features and what it can provide to you as a serious gamer. 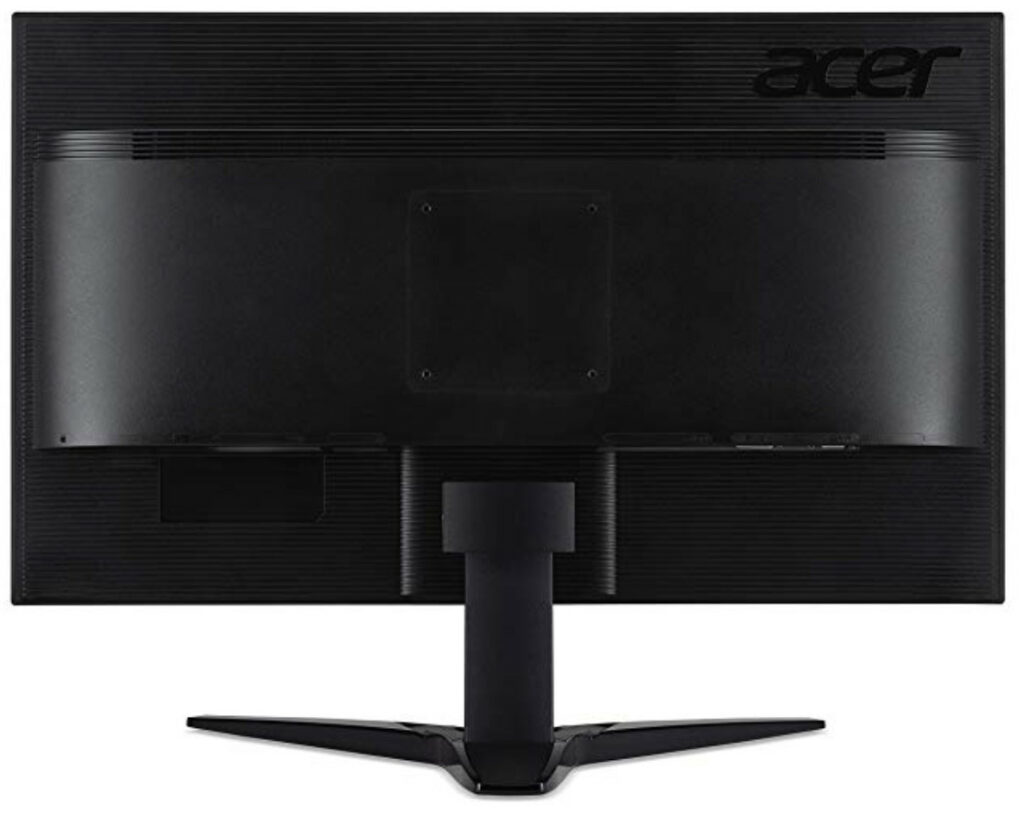 The Acer KG271 has a simple, yet elegant design to the build. The panel has a beautiful matte-black finish to it, with a glossy stand that is ergonomic by design.

Furthermore, the 27-inch widescreen display will give you an immersive experience. And thanks to its thin-bezel design, you’ll be able to absorb yourself even more into your gaming and multimedia moments.

Also, the screen itself is made up of non-glare LCD material, so you won’t be able to see any glares at all when using the display in lighter environments.

The monitor portrays the KG271 a bezeless design; however, you’ll barely see the bezels around the screen.

However, the stock stand isn’t ergonomic by design, so it’ll be in its original stationary height, but you can tilt the display backward and forwards.

Also, you can always replace the stand with a 100mmx100mm VESA mount. And that way, you’ll be able to be more flexible when adjusting the monitor accordingly. If you would like, you can also mount the display onto the wall, and you’ll be able to enjoy console gaming and enjoy some of your favorite films.

The I/O panels are located in the rear of the monitor, and consists of two HDMI and one VGA port. And thanks to the HDMI ports, you’ll be able to hook up your gaming consoles (PS4, SNES, X-Box One), and take gaming to a whole new level. The display also comes with the HDMI and VGA cables.

And the monitor does support HDMI 2.0 as well.

You can also check out some of the top HDMI switches, so you’ll be able to connect multiple devices to the monitor.

Unfortunately, the KG271 doesn’t have USB ports if in case you’re wondering, so you won’t be able to use the monitor as a charging station, nor use it to connect to your electronic devices.

Overall with a lightweight design, you’ll be able to transport the monitor with ease and with convenience easily. 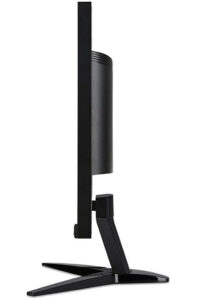 Considering that the KG271 is a TN panel when viewing the display from the sides or in certain angles, you’ll start seeing the images disappear, and colors begin to fade. This is normal for most TN displays.

And being a TN panel, the monitor won’t have as much color depth and color vibrancy when compared to an IPS or VA panel. But the display is one of the fastest out of the two panels.

Also, when viewing fast-paced action scenes in games or movies, you won’t see any motion blurs or trailing, thanks to the displays 1ms response time. This is great if you’re a gamer because you’ll get the upper edge over your competition.

And the input lag of the KG271 is considerable (10ms of input lag) if you’re a competitive gamer as well.

Along with the TN being the fastest monitor, the display has a 300-nit brightness and a contrast ratio of 1000:1, which is reasonably great for gaming and doing some producing and content work.

Also, the monitor is FreeSync ready, which runs around 48Hz to 75Hz, and you’ll be able to utilize this feature if you do have an AMD graphics card. You’ll also be able to use FreeSync with gaming consoles as well, and take up gaming to a new level of experience. And FreeSync only works through HDMI.

Unfortunately, the monitor doesn’t have built-in speakers. But you’ll be well off with a set of a dedicated sound system and a pair of headphones to get that immersive-like experience.

Regarding features, you’ll also be able to use the presets such as gaming mode that has a crosshair that you can fully customize and gain an upper advantage.

The Acer KG271 is a great gaming monitor if you’re on a budget and looking for something very affordable. But hopefully, this Acer KG271 review has shed some light and helped you.

If you’re still looking for some of the even more faster best gaming monitors, then you can also check out some of the best 144Hz monitors as well.

With its low input lag and fast response time, you’ll get a rapid monitor for gaming. However, if you’re a content creator, or producer, then you’ll need an IPS panel to provide you color depth and vibrancy.

Overall the Acer KG271 is an excellent gaming monitor if you’re on a tight budget.